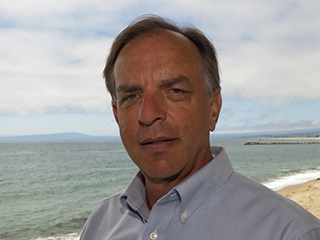 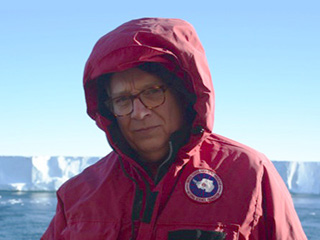 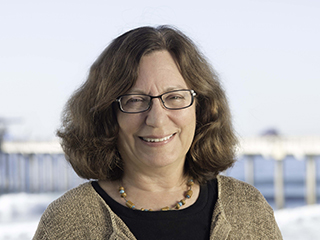 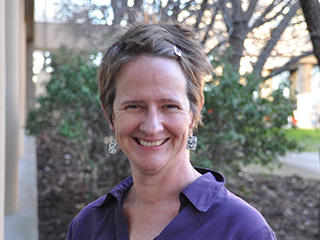 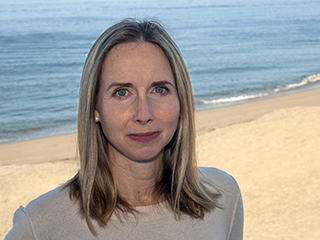 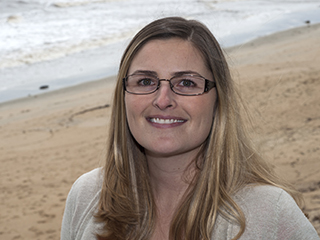 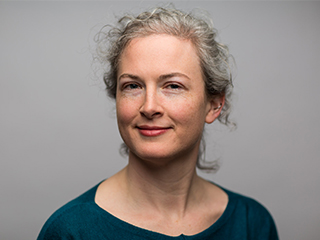 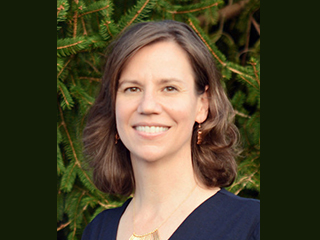 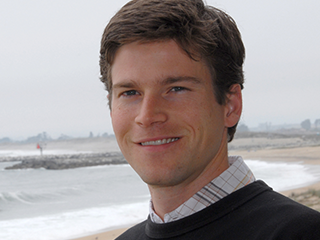 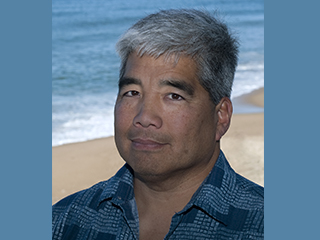 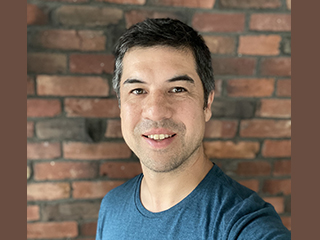 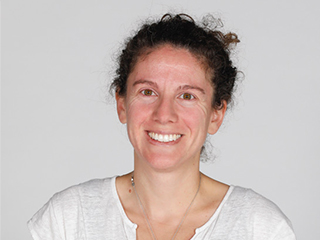 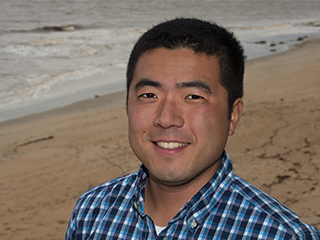 Ken Johnson is lead PI for GO-BGC and a Senior Scientist at the Monterey Bay Aquarium Research Institute. His research group developed the ISUS nitrate sensor and Deep-Sea Durafet pH sensor, which have been integrated on more than 200 profiling floats. He has been first author or co-author on more than 35 peer-reviewed papers using data from these floats. Ken is co-chair of the Biogeochemical-Argo Steering Team, an ex-officio member of the Argo Steering Team, and Associate Director of the Southern Ocean Carbon and Climate Observations and Modeling (SOCCOM) program.

Stephen C. Riser is a Professor in the School of Oceanography, University of Washington. His interests include the ocean’s effect on climate and ocean/atmosphere/sea ice interactions. His work has primarily involved the physics of ocean circulation and has now evolved into examining the interactions between physics, the carbon cycle, and biogeochemistry of the ocean. Additionally, he has been highly involved in the development of oceanographic instrumentation, including profiling floats and sensors. He has been a member of the international Argo Steering Team since its founding and serves on the Executive Committee of the SOCCOM project. He is currently member of the National Science Foundation Geosciences Advisory Committee.

Jorge will provide expertise on float deployment strategies and project management for GO-BGC. He is the director of the SOCCOM project and former director of Princeton’s Atmospheric & Ocean Sciences Program as well as of Princeton’s Cooperative Institute for Modeling the Earth system, a collaboration with NOAA’s Geophysical Dynamics lab. Dr. Sarmiento has participated in the scientific planning and execution of many of the large scale multi-institutional and international oceanographic biogeochemical and tracer programs of the last two decades, including the Geochemical Ocean Sections Study program (GEOSECS), the Transient Tracers in the Oceans program, and the South Atlantic Ventilation Experiment, World Ocean Circulation Experiment (WOCE), Joint Global Ocean Flux Study (JGOFS), and International Geosphere-Biosphere Program.

Lynne Talley is a Distinguished Professor of Physical Oceanography at Scripps Institution of Oceanography, University of California, San Diego. Talley’s research focuses on the general circulation of the ocean and the role of various oceanic and atmospheric conditions that affect ocean currents and property distributions, and the role of the ocean in climate. Talley was a lead author of the IPCC Fourth and Fifth Assessment Reports Working Group I chapters on ocean observations. Her particular emphasis over the last decade has been Southern Ocean processes. Since the 1990s, she has been a principal investigator for global ship-based hydrography, now GO-SHIP. In recent years, she has been a principal investigator for the NSF-funded Southern Ocean Carbon and Climate Observations and Modeling (SOCCOM) program, which has built a Southern Ocean network of biogeochemical Argo floats. She is currently also a principal investigator for the GO-BGC Array of biogeochemical floats. Talley has authored or co-authored more than 145 publications and is lead author of a physical oceanography textbook.

Based at the Woods Hole Oceanographic Institution, Susan will lead GO-BGC activities there, in collaboration with Roo Nicholson. Susan received a B.Sc. Hons (First Class) from the Flinders University of South Australia, in 1986, and a PhD in 1993 from the Massachusetts Institute of Technology – Woods Hole Oceanographic Institution’s Joint Program in Oceanography and Oceanographic Engineering, USA. She was with the CSIRO’s Marine Laboratory from 1994, becoming a principle senior researcher, before joining WHOI in July 2017 as a senior scientist in the Physical Oceanography Department. Her research focuses on the role of the ocean in climate, including the anatomy and drivers of ocean warming and how changes in the earth’s hydrological cycle are expressed in the ocean. She has a longterm interest in the variability of the Indonesian Throughflow and its role in climate. She has been deeply involved in the global Argo project since its inception (she is currently co-chair of the International Argo Steering Team).

Heidi Cullen serves as the Director of Communications and Strategic Initiatives and Director of the Information and Technology Dissemination (ITD) Division at the Monterey Bay Aquarium Research Institute (MBARI). Before joining MBARI, Cullen served as Chief Scientist for Climate Central—a non-profit science communication organization she helped found in 2008. Cullen also served as The Weather Channel’s first on-air climate expert and helped create Forecast Earth, a weekly television series focused on issues related to climate change and the environment. Prior to that, Cullen worked as a research scientist at the National Center for Atmospheric Research (NCAR) in Boulder, CO. She received the NOAA Climate & Global Change Fellowship and spent two years at Columbia University’s International Research Institute for Climate and Society working to apply long-range climate forecasts to the water resources sector in Brazil and Paraguay.
Cullen is the author of The Weather of the Future published by Harper Collins in 2010. She received a Bachelor of Science degree in Industrial Engineering from Columbia University and went on to receive a Ph.D. in climatology and ocean-atmosphere dynamics at the Lamont-Doherty Earth Observatory of Columbia University. In 2017, Cullen received the National Audubon Society’s Rachel Carson Award for her work as a science communicator. She received the 2019 Friend of the Planet Award from the National Center for Science Education for outstanding contributions to the advancement of defending the teaching of climate science.

Andrea Fassbender is a Co-Lead of the GO-BGC Data Team and a NOAA scientist and MBARI adjunct studying marine biogeochemistry and the ocean’s role in global climate. Andrea earned a Master’s Degree and Ph.D. in Oceanography, and a Graduate Certificate in Climate Science, from the University of Washington. She now leads the BGC Argo effort at NOAA’s Pacific Marine Environmental Laboratory. Her research priorities include developing scalable methods to quantify the biological pump, characterizing ocean carbon sink sensitivities, developing tools to measure ocean chemistry, and studying ocean acidification. She is a member of the U.S. OCB Scientific Steering Committee and recently received a US CLIVAR Early Career Scientist Leadership Award.

A member of the Float Production, Deployment, and Data Teams, Alison Gray helps to lead the GO-BGC activities at the University of Washington Float Lab. She is an assistant professor at UW, where her research primarily focuses on observing the global ocean using autonomous instruments and analyzing those observations using state-of-the-art methods from statistics and data science. Previously, Dr. Gray studied the circulation and carbon cycle of the Southern Ocean as a NOAA Climate and Global Change Postdoctoral Fellow at Princeton University. She received her Ph.D. in physical oceanography from the University of Washington.

Todd Martz (professor of marine chemistry in the Geosciences Research Division at Scripps Institution of Oceanography, UC San Diego) serves on the Float Production and Deployment teams and leads the Scripps component of the Broader Impacts effort through his role developing educational course material for the Scripps Makerspace. Martz’s research focuses on exploring new methods and technologies for measuring carbon dioxide in the ocean and adapting these techniques for use on autonomous instrumentation. Prof. Martz has contributed to the development of several widely used ocean sensor technologies.

George I. Matsumoto is a senior education and research specialist at MBARI. He earned an undergraduate degree in botany from UC Berkeley and a PhD in marine biology from UCLA. He spent three years as a Lecturer at Flinders University of South Australia before returning to California and MBARI in 1996. His interests include deep-sea organisms, biomechanics, jellies, and diving. He helps to coordinate the Adopt-A-Float program and the Education And Research: Testing Hypotheses (www.mbari.org/EARTH) professional development workshop. George also runs the MBARI Summer Internship program (www.mbari.org/internship) You can find out more information about George at https://www.mbari.org/matsumoto-george/

Nicholson is a Senior Personnel for GO-BGC and will be a member of the Float Production Team and Data Team. His research includes extensive work with optimizing and characterizing biogeochemical sensors on autonomous platforms and observing arrays. Nicholson also applies numerical models of varying complexity towards problems in ocean biogeochemical cycling. For GO-BGC he looks forward to applying his experience from ocean observing projects including NASA EXPORTS, the Ocean Observatories Initiative and Hawaii and Bermuda time-series programs.

Sarah Purkey is on the float production and data teams. She is a sea-going, large-scale observational physical oceanographer at Scripps institution of Oceanography. Her research focuses on quantifying natural and anthropogenic drivers in ocean variability in order to better understand the role the oceans play in the global energy, sea level rise and carbon budgets. Much of her current research is focused on explaining recent deep ocean warming and advancing data collection and measurements in the abyssal ocean.

Yui Takeshita is a scientist at the Monterey Bay Aquarium Research Institute. His research program focuses on developing chemical sensors for autonomous applications to study ocean biogeochemical cycles, and how they are changing due to human activity. He has worked in coastal systems such as coral reefs, kelp forests, and seagrass meadows using the same sensors equipped on GO-BGC profiling floats. He is currently involved in integrating biogeochemical sensors onto underwater gliders, to connect open ocean observations from the GO-BGC Array to the coastal ocean. For the GO-BGC Array, he will be the Data Team Co-Lead and help oversee the sensor production and calibration at MBARI.