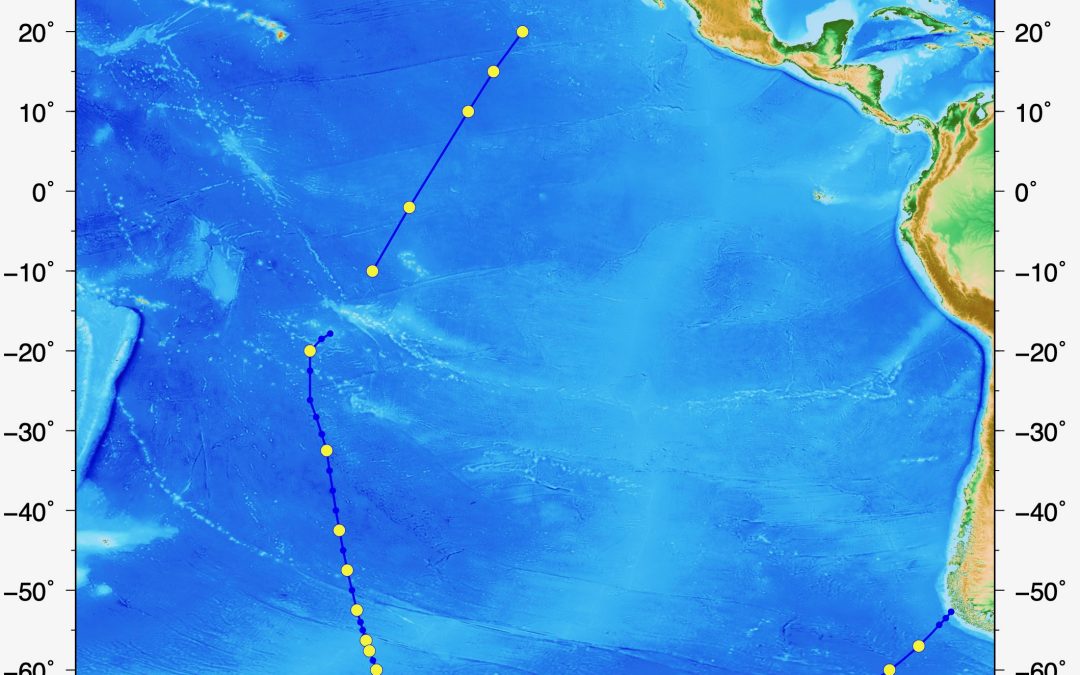 Twenty GO-BGC and SOCCOM floats were deployed between San Diego, California and Punta Arenas, Chile as the R/V Revelle headed towards Antarctica on the GEOTRACES (GP-17) expedition. GEOTRACES expeditions map the distribution of trace elements and their isotopes (TEIs) in the ocean and the processes that effect their distribution. Information on GEOTRACES expeditions is available here.  The first five GO-BGC floats were deployed on the transit between San Diego, CA and Papeete, Tahiti. The remaining 15 floats, a mix of GO-BGC and SOCCOM, were deployed as the ship traveled from Tahiti towards Antarctica and then to Punta Arenas, Chile.

Floats deployed from the Revelle as part of the GEOTRACES expedition were adopted by schools in California, Florida, New York, Texas and Washington, as well as Samoa and Germany. Check out all adopted floats on the Adopt-a-float data table. 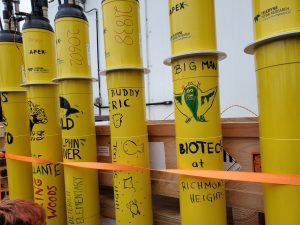 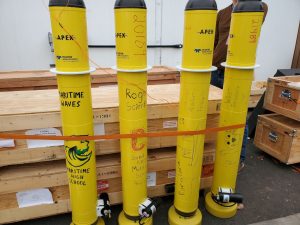 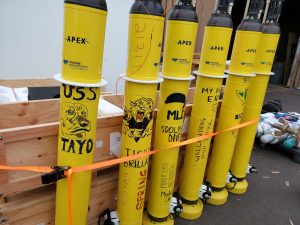 Decorated floats waiting to be loaded on the R/V Revelle in San Diego, CA. 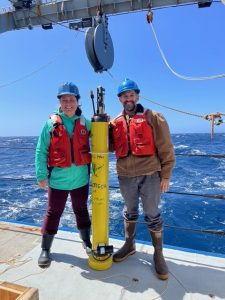