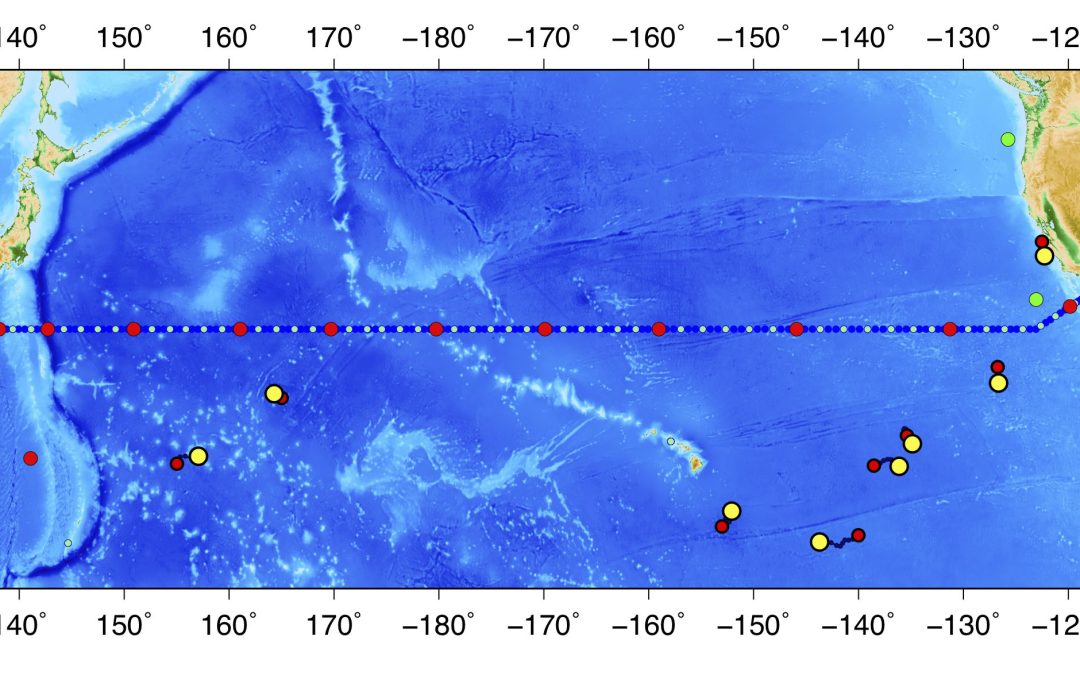 Though a partnership with the International Global Ocean Ship-Based Hydrographic Investigation Program (GO-SHIP), fourteen GO-BGC floats were deployed in the North Pacific during the P02 expedition along the 30 degrees N transect line.  During the two legs of the P02 Expedition from Guam to San Diego (with a stop-over in Hawaii), floats were deployed from the R/V Roger Revelle under the guidance of Chief Scientists Alison Macdonald and Andreas Thurnherr.

Ten of the fourteen GO-BGC floats deployed from the Revelle were adopted by schools in Arizona, California, Florida, Minnesota, Missouri, New York, and Ohio.  Check out all adopted floats on the Adopt-a-float data table.

As part of the expedition, on-board crew and researchers contributed to a GO-BGC Expedition Log describing life at sea aboard an oceanographic expedition.