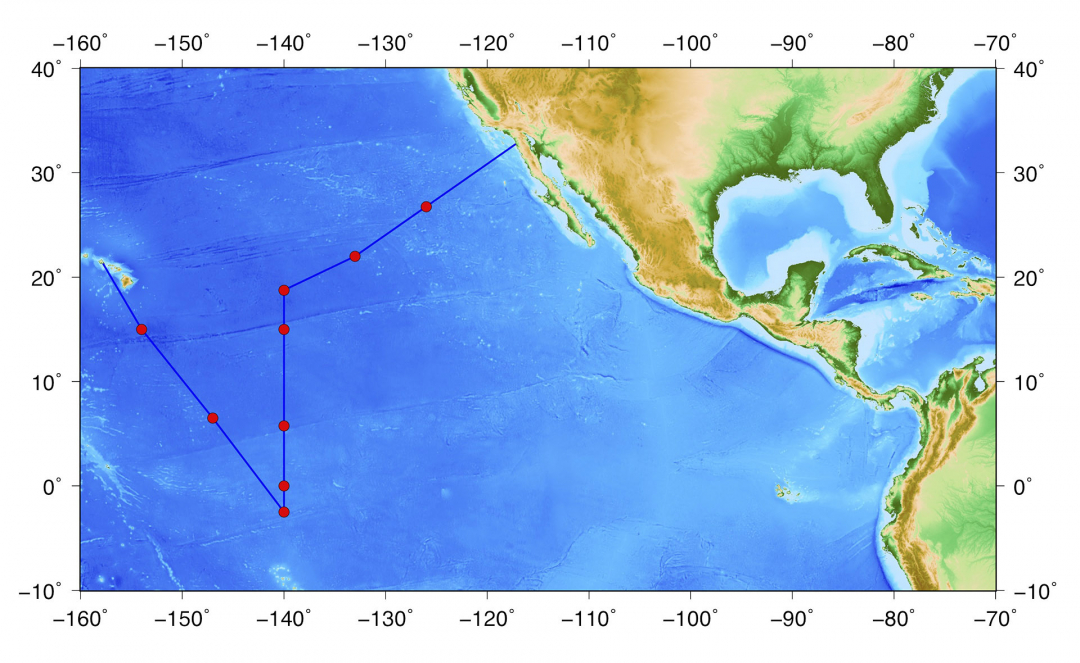 Nine GO-BGC floats were deployed on this SCOPE-Gradients 4 expedition to the North and Equatorial Pacific in November and December 2021. Led by Chief Scientist E. Virginia Armbrust from the University of Washington aboard the R/V Thomas G. Thompson, the expedition’s focus was “Model-Driven Investigations of Ocean Transition Zones”.

All nine GO-BGC floats were adopted by schools from the United States, Japan, and the United Kingdom.  Check out all adopted floats on the Adopt-a-float data table.