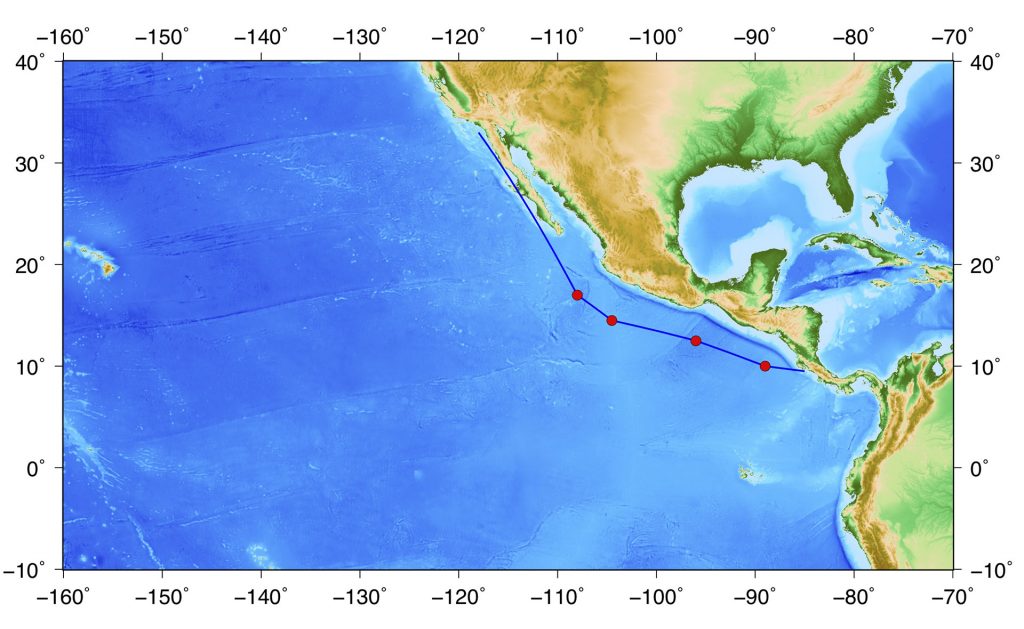 Four GO-BGC floats were deployed into the North Pacific in January 2022 as part of the Altabet Expedition aboard the R/V Sally Ride. Led by Chief Scientist Mark Altabet from the University of Massachusetts, this investigation into the oxygen minimum zones (OMZs) is an ongoing effort to characterize nitrogen loss in the eastern tropical north pacific OMZ.

All four GO-BGC floats deployed during this expedition were adopted by schools in the United States and the United Kingdom.  Check out all adopted floats on the Adopt-a-float data table.