Launch of the First GO-BGC Float!

At 2347 UTC (coordinated Universal Time) on March 24th, 2021, the first float of the newly NSF funded GO-BGC Array program was launched over the side thanks to the support of the US-GOSHIP program and the researchers onboard the A20 Expedition.

Europa was adopted and named by the Fauquier County Public Schools in Warrenton, Virginia. The name was chosen by Linda Correll who sent in the following reasoning for naming the float Europa:

“In honor of the moon of Jupiter with a hidden sea we’d love to study. I’d like to adopt this float for science across our school district. We may have some teachers decide to adopt for their own class, but I would love for those who don’t feel like this is a good time for them to still have access to this opportunity. I also think this would be great for our community.”

The float was launched during CTD station 18 and we were fortunate to get some photos and video of this first deployment. 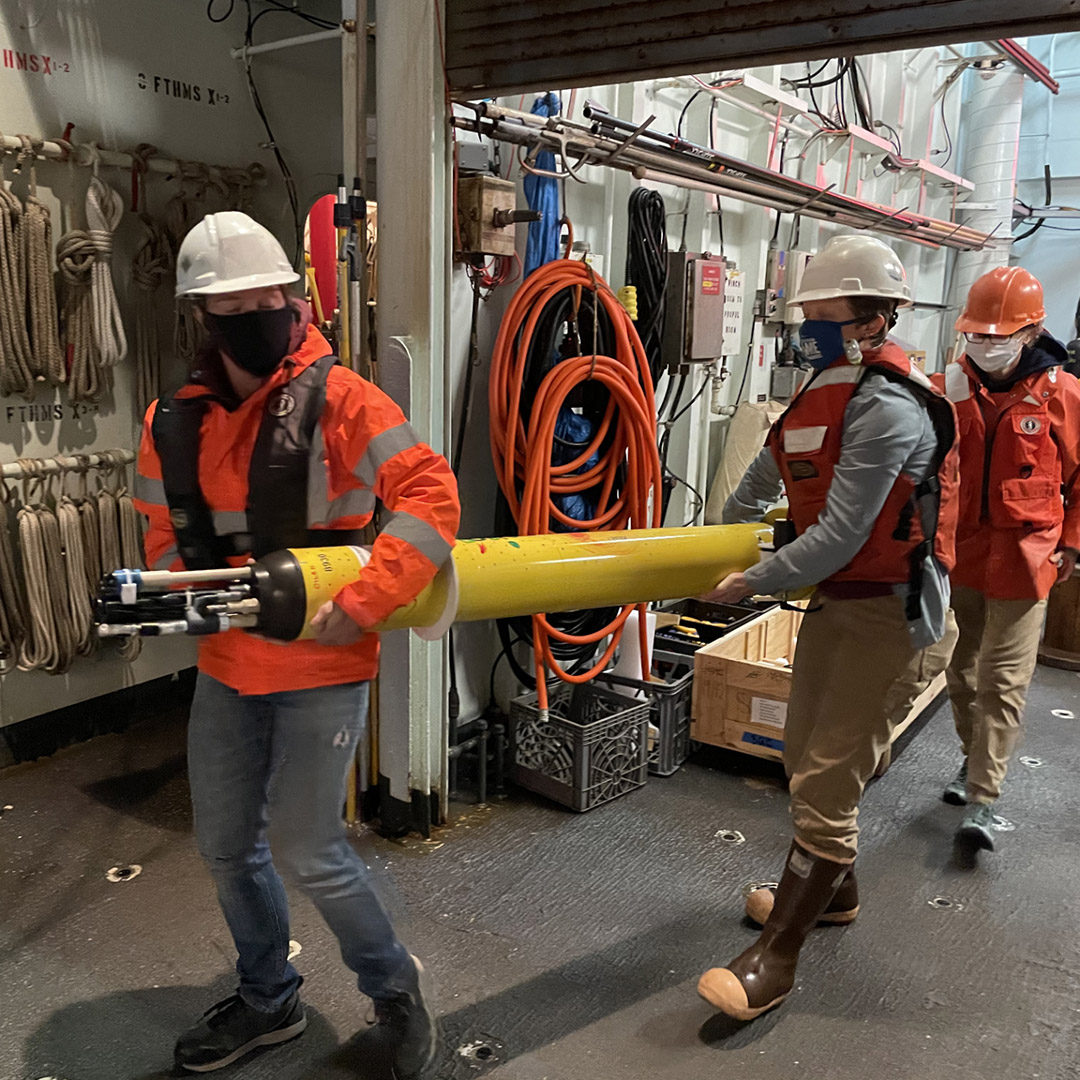 Europa, the first GO-BGC float launched is being carried to the rail. Photo by Ryan Woosley 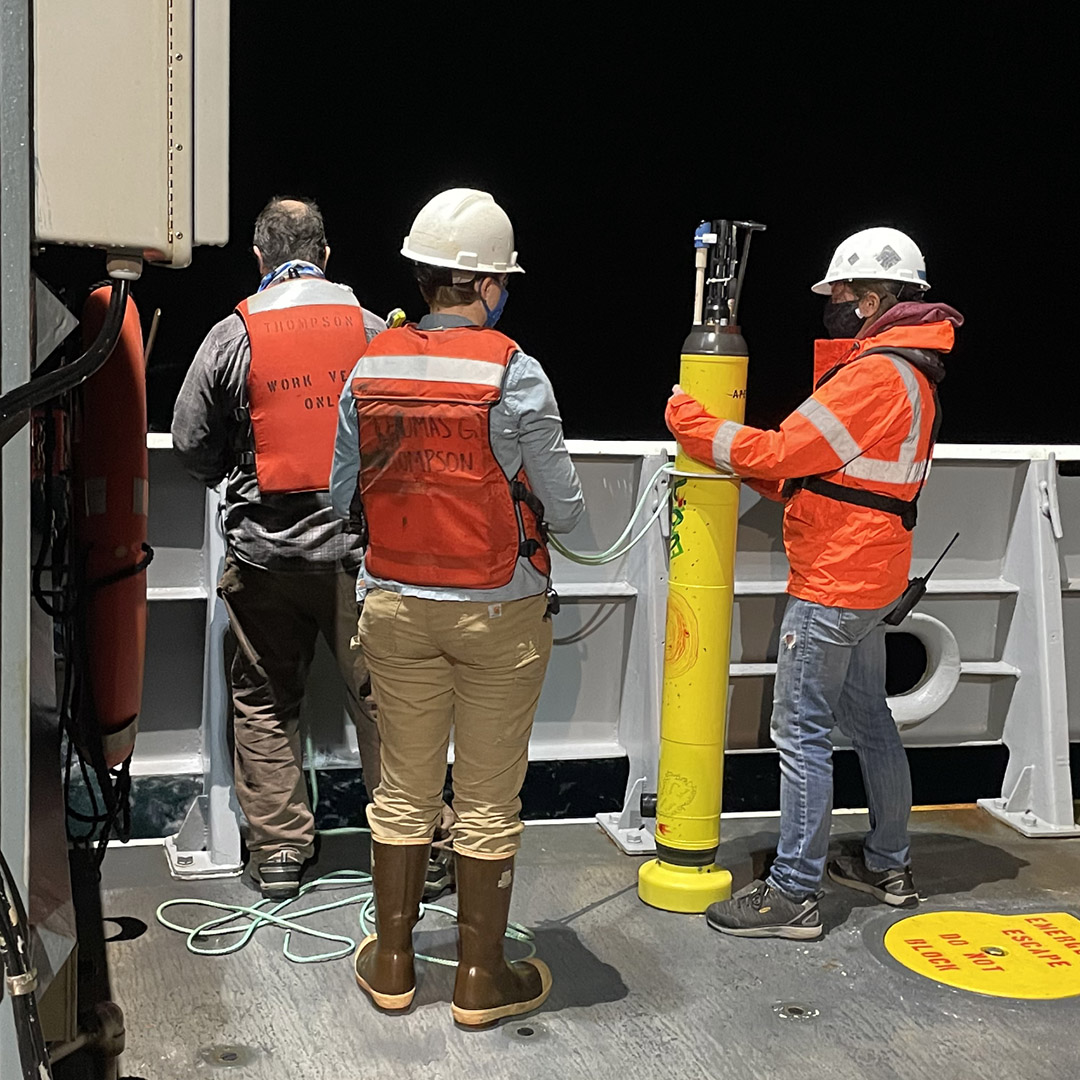 Getting set to launch Europa. Photo by Ryan Woosley 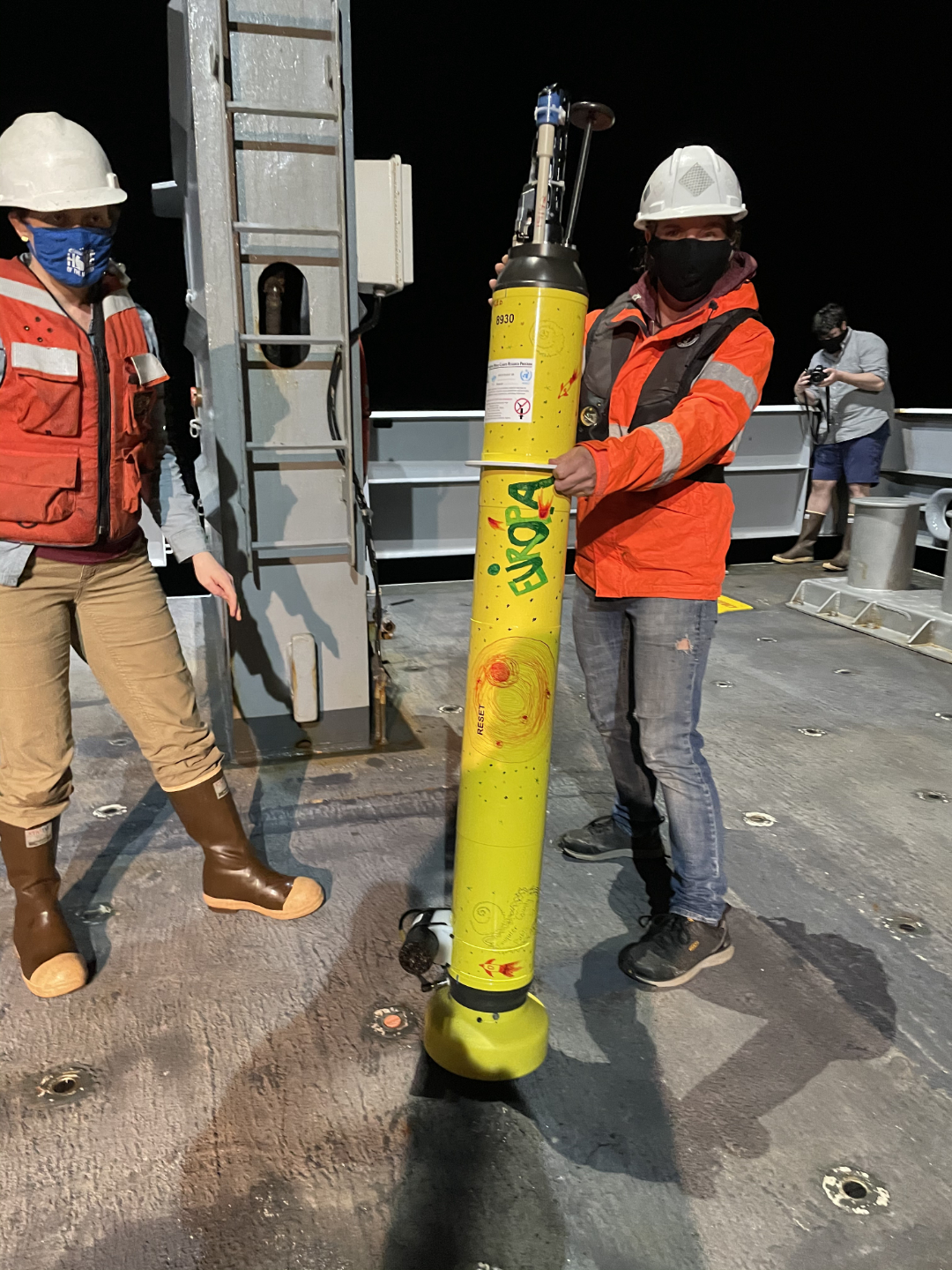 Europa being shown prior to launch. Beautiful artwork by Elena Perez. Photo by Ryan Woosley