A22 ends as we get home a little early!

We could have done new stations with the time left — a plan B was indeed traced, zig-zagging the Deep Western Boundary Current at the end of the transect— but our final decision was to finish and come onshore early. Most of the science party has been at sea for 3 months, got isolated for 2 weeks, took 4-5 COVID tests, and performed 180 stations if we considered both the A20 and A22 legs. Exhaustion started to take place. After a successful cruise, we did not want to add another layer of unplanned work. So, we used the time wisely. We waited for about 3h between closed space stations at the Slope Sea to give enough time for labs to process the samples (the labs had never been overloaded during the A22). Our last station (#90) ended on May 15 in the morning. We also took one entire day at sea to process samples and starting packing in such a way that we are almost ready to disembark. We also arrived a day earlier than predicted to help with the mobilization for the next R/V Thompson cruise with ROV Jason. 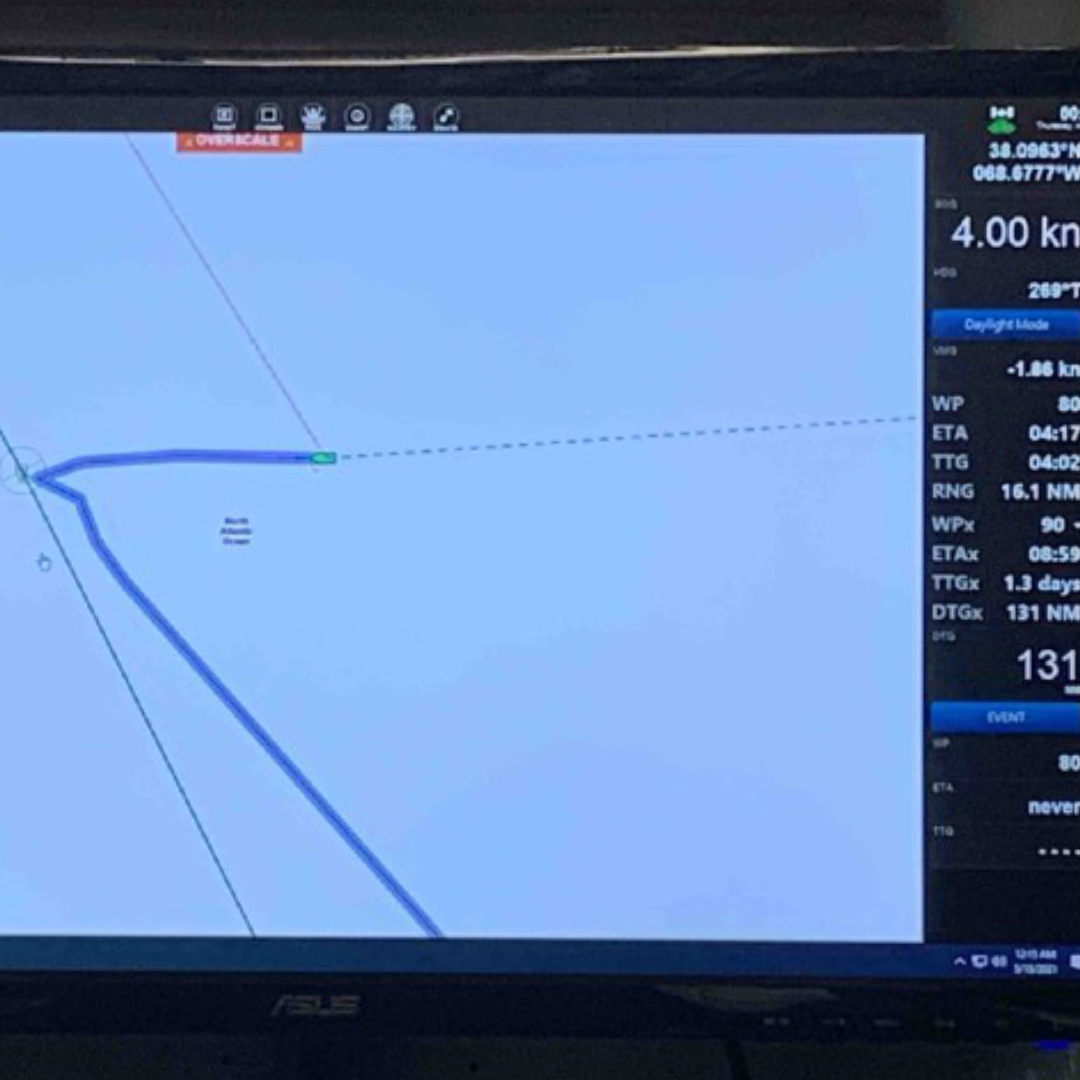 Ship drifting in the beginning of station 80. Photo: Viviane Menezes 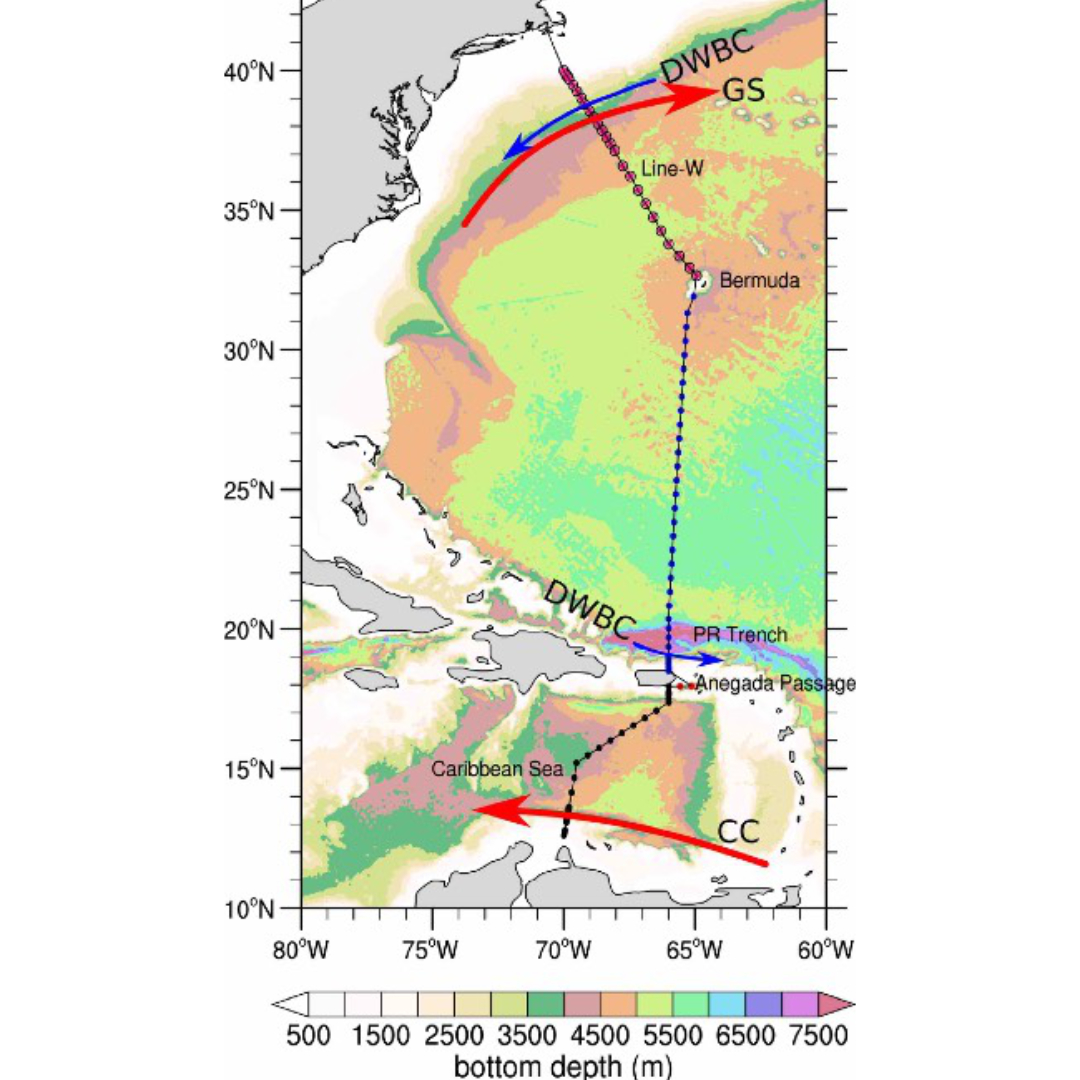 overall track of A22

After holding the position for a day at station #73 due to bad weather (winds were faster than 35 knots), we re-started casts without any issues. The only intermittent problem until station #90 was with the LADCP cable. However, it has never interfered with the data. It just made our CTD/LADCP watchstander Ali Siddiqui, a Ph.D. student at John Hopkins, apprehensive every cast. Indeed, LADCP data were great during the A22. Ali has been not only collecting but also processing and analyzing the data in real-time (see in his plot below the Deep Western Boundary Current signature).

In the last few days of the cruise, we have crossed the monumental Gulf Stream and then stretched over the Slope Sea. The Gulf Stream was a chapter by itself. At one station, the Gulf Stream reached speeds of 4.3 knots (~2.2 m/s). Keeping position even before starting the cast and doing closed-space stations (about 15 nm) were challenging tasks. At each station, the ship drifted by many miles while in Gulf Stream. Despite that, all planned stations were occupied without any issue. Now we are onshore, we can look at these new observations. 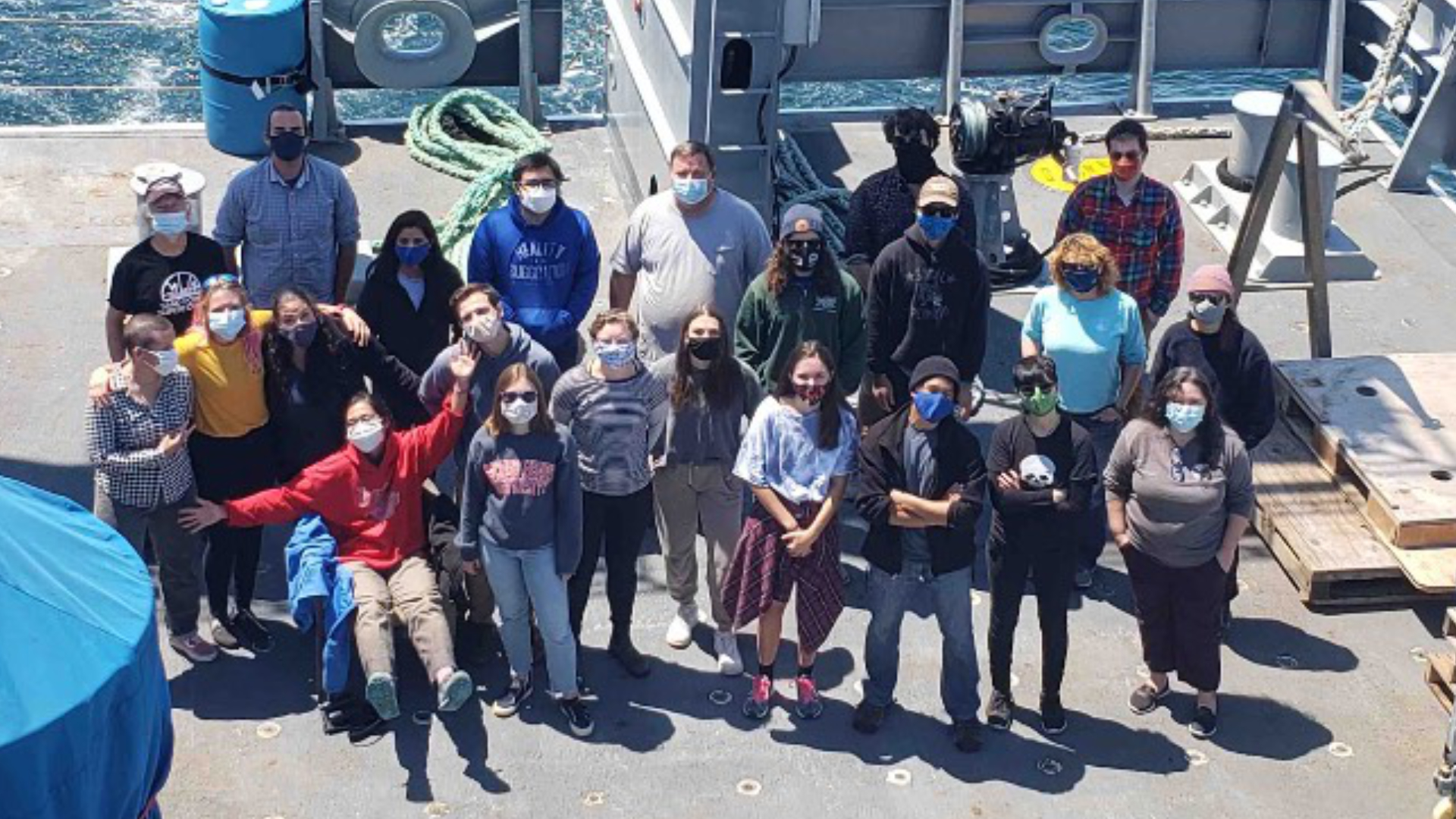 Many thanks are due to the R/V Thompson crew that made our work much ease. We wouldn’t have accomplished all these tasks without you. All the A22 team very much appreciate your effort!! Special thanks to Liz, Nikki, and Joanna for all the delicious breakfast, lunch, and dinner you proportioned to us.

Best, now from the Gulf Stream,