Coming to you (almost) live from the Southern Ocean! We’ve been dealing with some rough seas since leaving Palmer Station about 4 days ago. We had to skip over the deployment of a float named the Chunky Seal completely and deploy another, named Alfred, with no CTD station, just sampling from the ship’s underway system. The underway system simply takes seawater from the surrounding ocean via an intake at the bow and runs it through certain sinks and hoses available in the ship’s labs. So, we only got samples of surface seawater rather than water from different depths like you can get from a CTD cast. We’re currently a little less than 24 hours out from our next deployment location, the replacement station for the float we weren’t able to deploy due to weather. Hopefully by tomorrow morning the Chunky Seal will be in the water! 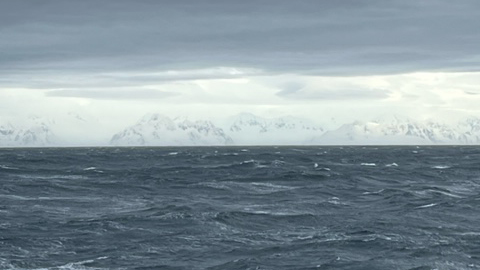 Our last glimpse of the Antarctic Peninsula before heading out into open ocean. Credit: Josie Adams 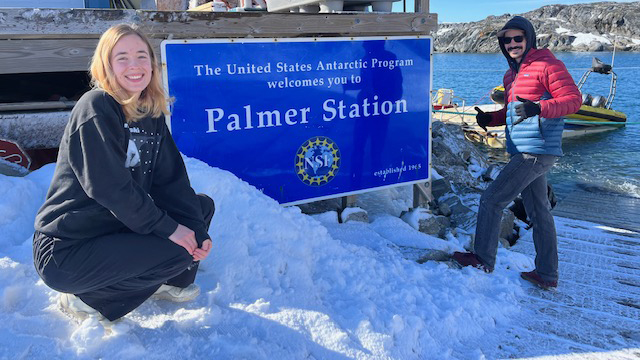 Ben and I posing for a quick photo at Palmer. Credit: Josie Adams

Adopted Float Alfred seen being launched into the water. Photo by Josie Adams 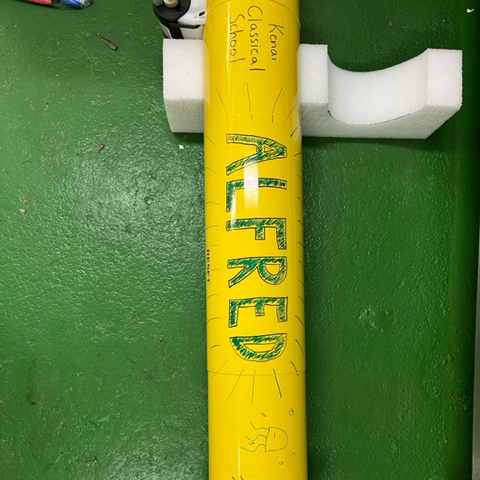 Closeup of Alfred, the adopted float by the Kenai Classical School in Kenai, Alaska. Photo by Josie Adams