Preparing for the IBRV Araon Expedition

After learning that I would be going on this expedition back in July, I tried to learn everything I could about life onboard the IBRV Araon. What I found was that while I (and those around me) had a lot of questions, most of the answers were of the “wait and see” variety. Here’s a list of some of my (mostly unanswered) questions!

It was especially hard to pack for this trip since the weather will vary so much from place to place! The weather in Victoria, BC (where I live) has been especially cold and snowy in the weeks leading up to Christmas. In fact, we recently had the 5th snowiest day on record! Winter temperatures in Victoria are usually between 5° and 10°C (I’ll leave you to look it up or do the math if you’re used to °F!) but can dip below zero from time to time. Here in Christchurch, New Zealand, where I’m spending my 3-day quarantine period, it is summer and temperatures are supposed to be in the 20s this week, so it will be nice and warm. It’s hard to find data for the weather we’ll encounter while out at sea, but according to freemeteo, the temperatures are likely to be around -2°C and it will probably be windy. I’ve been told that the ship itself is quite warm inside, so no need to bundle up there. Temperatures at the Jang Bogo Station in January and February range from about -10°C to +10°C. I’ve had an exposure suit shipped ahead with our science gear so I will be able to work out on deck no matter the weather. I guess we’ll just have to wait and see what the weather will be! 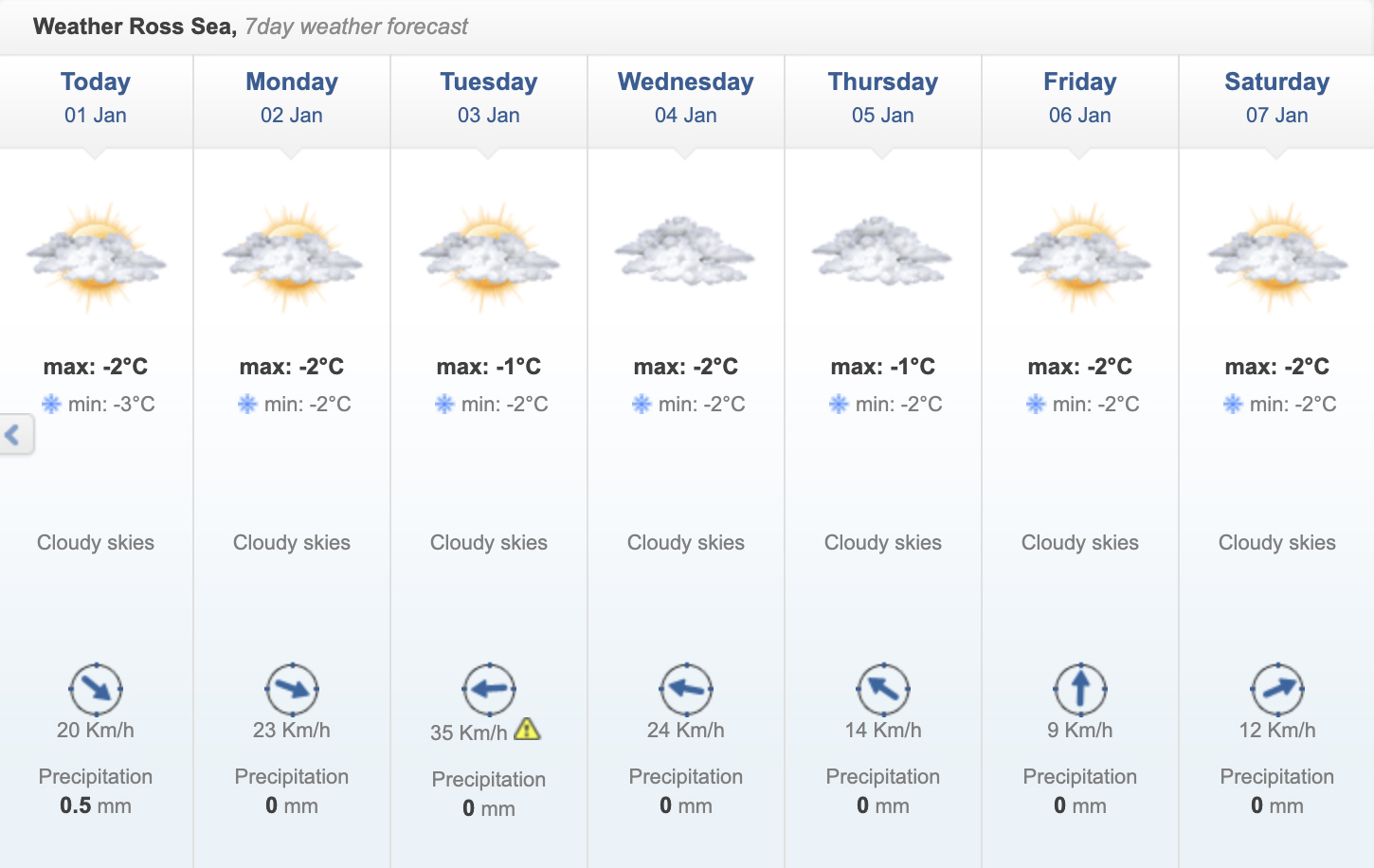 7-day weather forecast for the Ross Sea, from freemeteo

What will you be doing on board?

My main job will be to oversee the deployment of the 10 floats for SOCCOM/GO-BGC. This means that I will work with the onboard science team to ensure that our float deployment plan will work with their research objectives, make any last-minute changes or adjustments to the deployments as needed, prepare the floats for deployment, and work with the ship’s personnel to get the floats safely over the side and into the water. In addition, I will be decorating the floats (I brought a TON of Sharpies!) with the names and graphics chosen by the classes and institutions that have adopted floats through the Adopt-a-Float program and taking photos of the floats and deployments to be shared with each class. I will also be assisting with water sampling as needed by the research teams onboard. Water samples are taken whenever floats are deployed in order to calibrate the sensors and make sure the float data is accurate. A lot of that sampling will be done by the other research teams onboard in the course of their own projects, but I will be collecting and preparing samples for HPLC – High Performance Liquid Chromotography (HPLC). This will involve drawing and filtering water samples at each float deployment station and then freezing them so they can be analyzed back on shore. Other than these research-centered duties, I’ll be writing about my experiences and sharing with all of you! 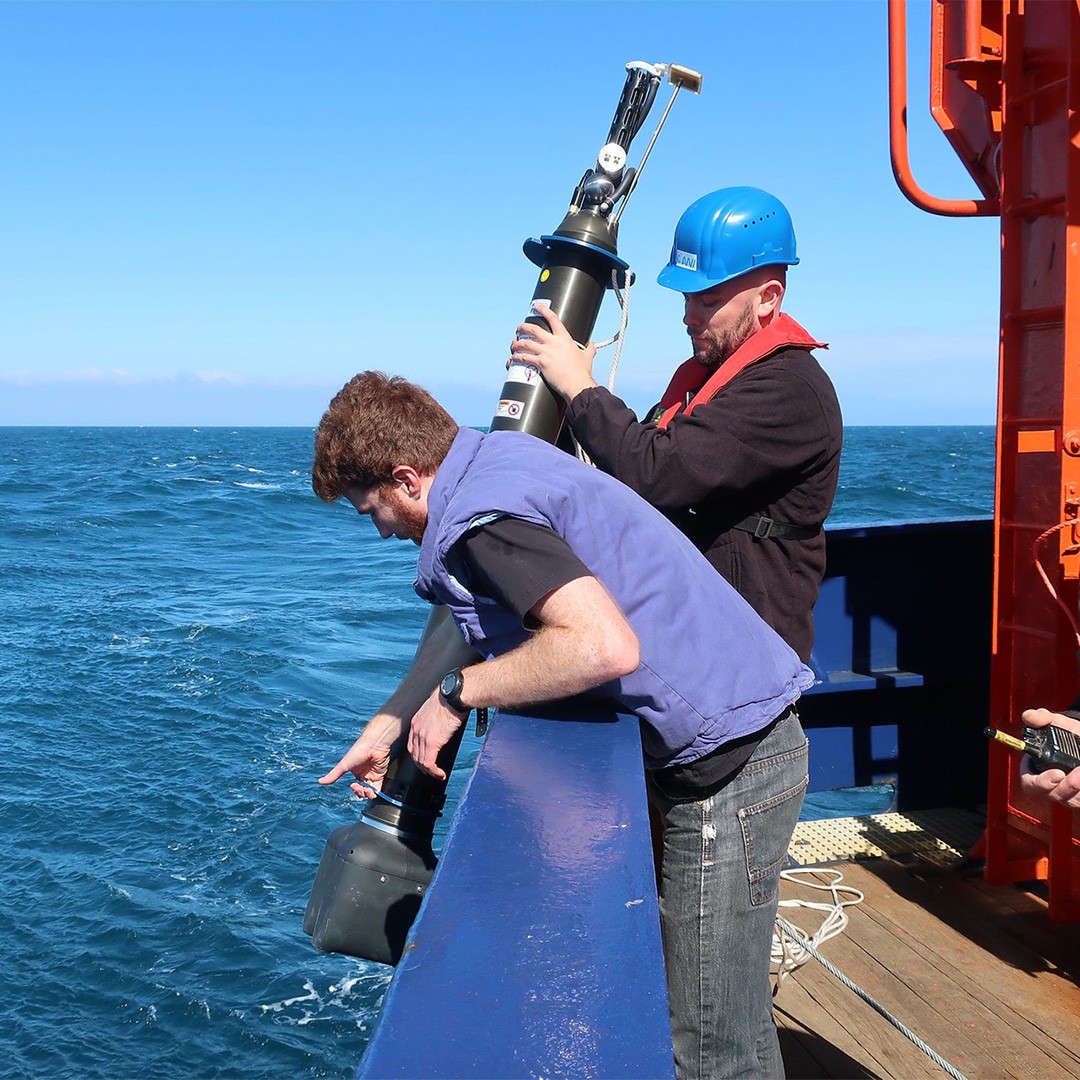 Deploying a black Navis float from the RV Polarstern during the 2018-19 PS117 SOCCOM Expedition; Photo by Paul Chamberlain 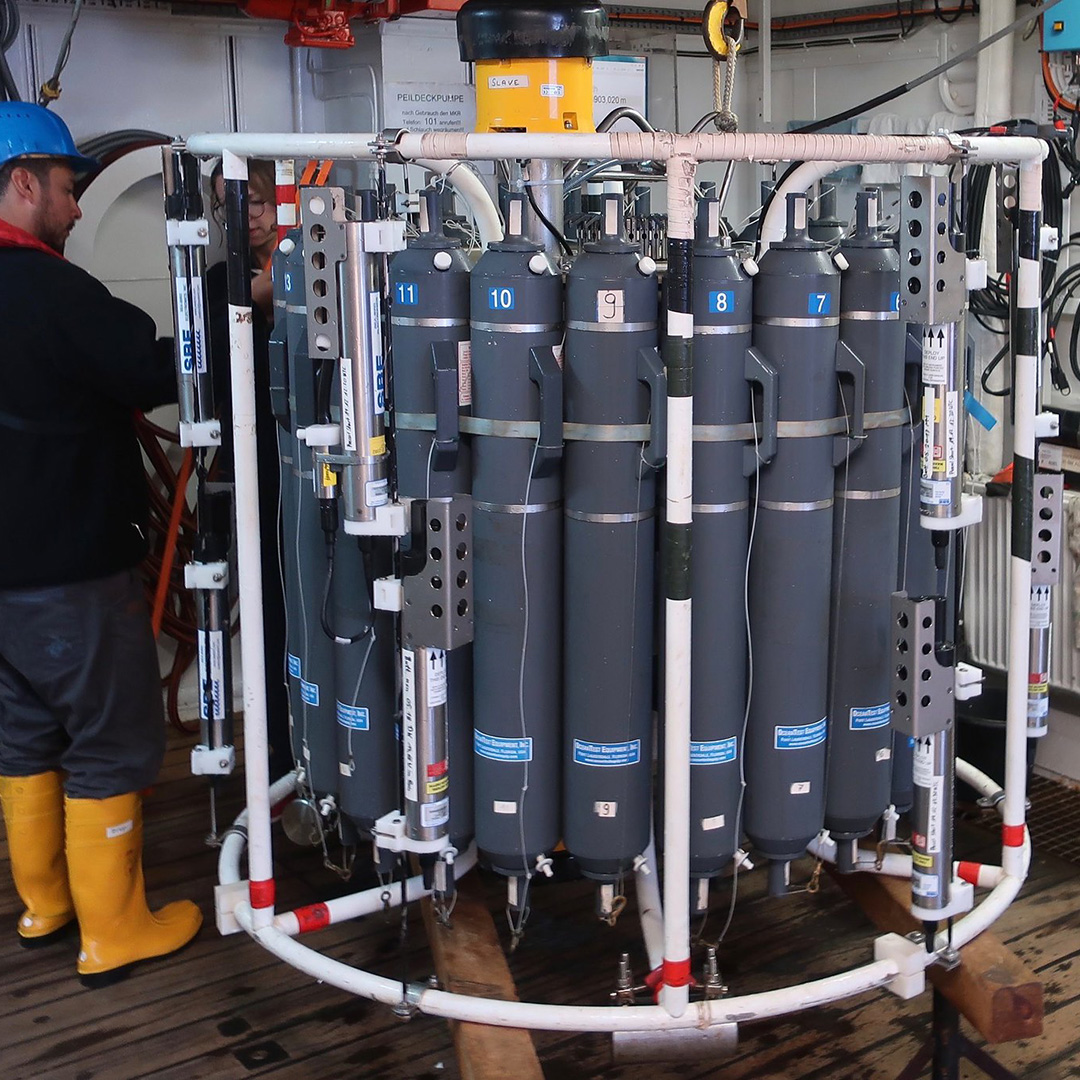 CTD Rosette aboard the RV Polarstern; Photo by Paul Chamberlain 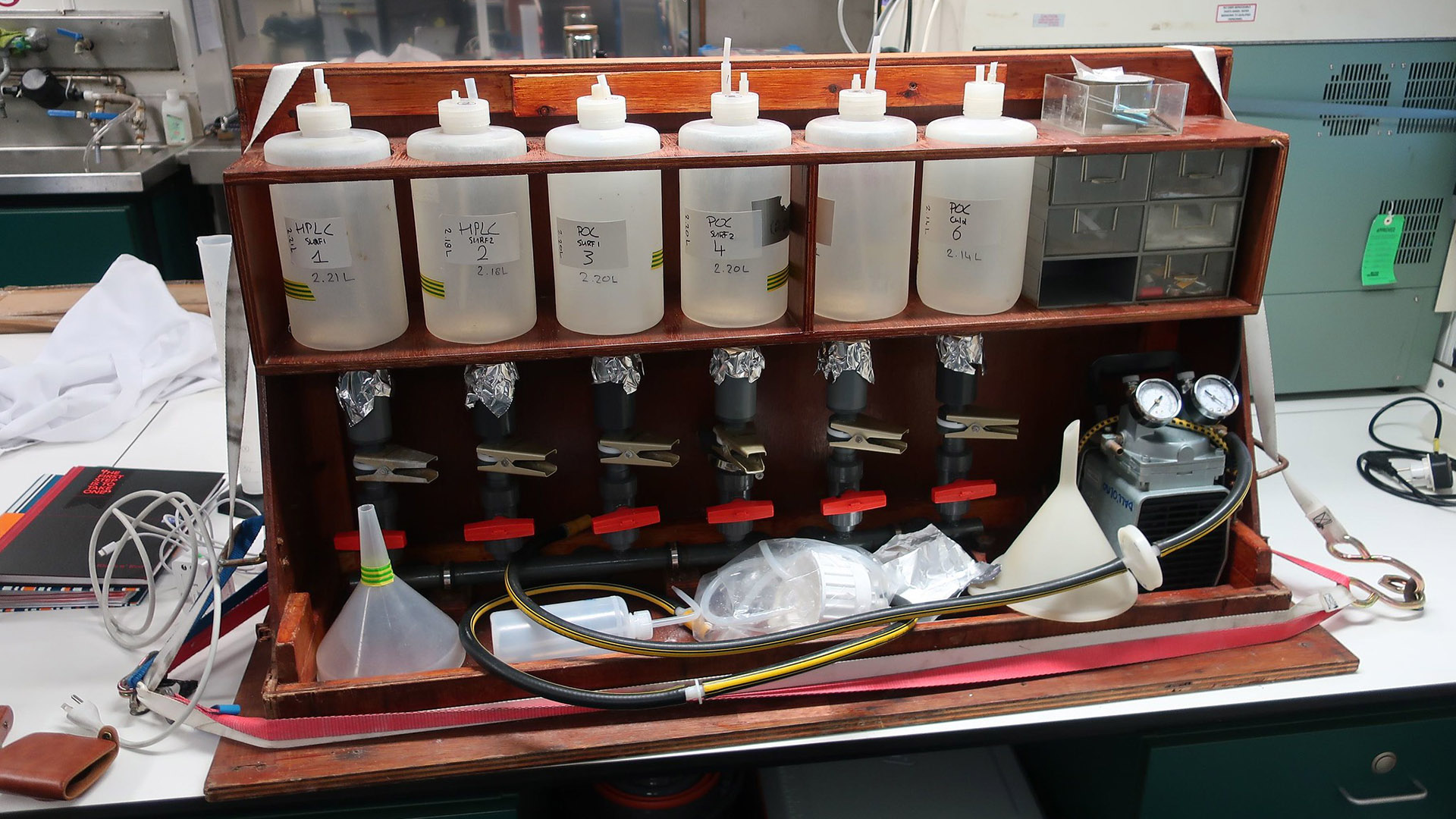 Bottles of seawater are filtered to prepare samples for HPLC analysis; Photo by Paul Chamberlain

Will there be internet on board?

While the Araon has a full-time satellite internet connection, the reality is that the signal is likely to be quite poor at the poles due to the lack of satellite traffic there. Add to this the fact that everyone on board is sharing the same connection, and the bandwidth will run out pretty quickly. I have heard that email (no big attachments…just text) is fairly consistent, but using apps (like for social media posting) is more difficult. I am hopeful that I will be able to send text and photos to keep this blog up to date while we’re out. If not…well, I’ll have a lot to share when I get home!

Will anyone else speak English?

The international science community is rooted in English. Most science papers are currently published in English, but a large portion of international scientists use English as a second language. For this reason, I am hopeful that although most of the science participants are from South Korea or other Asian countries, they will speak and understand English to some degree. The bigger issue for me will be that almost everything will be posted, printed, and sent out in Korean, which I do not speak or read (except for my 148-day streak in Duolingo…thanks to which I can now understand phrases like “Why are the tangerines in the bowl?” and “We receive the chicken by mail.”). I have downloaded Google Translate on my phone and have already made use of its various features like photo translations. I am looking forward to learning some more useful Korean phrases during my trip!

Will they only serve Korean food?

From what I have learned, I will certainly have to develop a taste for Korean food while onboard! They do have things like “Western Wednesday,” where they serve burgers and fries, and “Korean BBQ Saturday,” where each table has its own griddle for grilling up your choice of meats, but most of the meals (including breakfast) will likely be traditional Korean fare, with soup, meat, rice, and side dishes to share. And lots of kimchee! I recently went out to a delicious Korean dinner with Canadian friends who lived in Korea and learned a bit about the flavours and culinary culture. While I am intent on finding some favourite new dishes, I did bring a stash of snack bars…just in case.

Will you get to get off the ship in Antarctica?

We will be delivering supplies and personnel to the Jang Bogo Station, a permanent South Korean research station in Terra Nova Bay on the continent of Antarctica. The ship will be spending two days in port there. I hope this means that we’ll get to get off, but this will depend on the restrictions of the Jang Bogo and the logistics of disembarking. 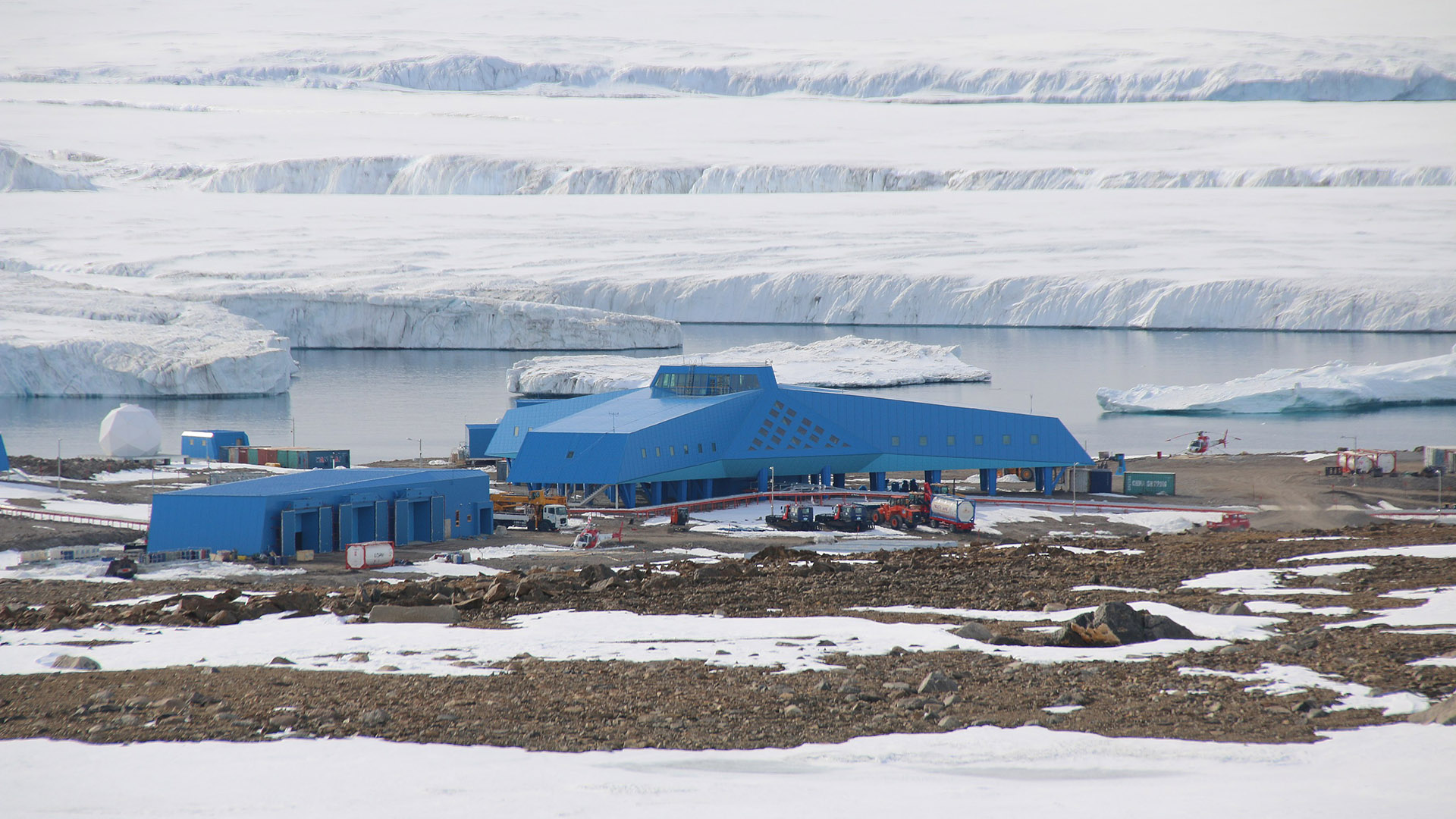 Will you know anyone on board?

Nope! We had a Zoom meeting with some of the team that will be on board to talk about the logistics of the float deployments within the scope of their research and I have been emailing with the chief scientist about travel and ship requirements. Other than that, I won’t know a single person until I board the ship on January 4th. I will say that spending 44 days onboard in tight quarters will hopefully ensure that I leave with many new international friends!

Now that I’m here in quarantine in Christchurch, I am even closer to getting the answers to my questions. Let me know in the comments if you have any questions and then make sure to follow along and I’ll let you know what I learn!

← Safety First! Getting there →