Our unexpected stop in Hobart resulted in an adjusted expedition schedule

The IBRV Araon spends half of the year in the Arctic and the other half in the Antarctic, stopping in at its home port of Incheon, South Korea, in between. This expedition is the second trip down to Antarctica this season, which means that the ship needed to refuel in New Zealand before heading down south again. Unfortunately, the post-COVID return of the cruise ship industry to New Zealand meant that there was not enough fuel for us in our original port of Lyttleton. Several other ports were discussed, such as New Plymouth, NZ, and Melbourne, AU, before we finally headed up to Hobart, AU to refuel. Although we left port two days before we were originally scheduled to, this meant a significant delay before we would be on our way south to begin the research activities that everyone was here for.

We arrived at Hobart in the early hours of January 9, 2023. The refueling process took all day (it’s a lot of fuel!), during which extra precautions and restrictions were put in place to ensure that everyone stayed safe during the procedure. We finished late in the evening and departed Hobart around 9:30 PM local time. Since I missed our departure from Lyttleton, this time I enjoyed watching the ballet of the pilot boat, tug boat, and the IBRV Araon as we made our way out of Hobart and under the Tasman Bridge. The original Tasman Bridge was struck by a ship in 1975, resulting in the deaths of 7 of the ship’s crew and 5 motorists. When the new bridge was built, it included improved safety measures, including a special laser lighthouse that indicates by colours whether the ship must be steered left or right to safely pass under the bridge. In addition, all road traffic is now stopped whenever large vessels (like the IBRV Araon) transit beneath the bridge. 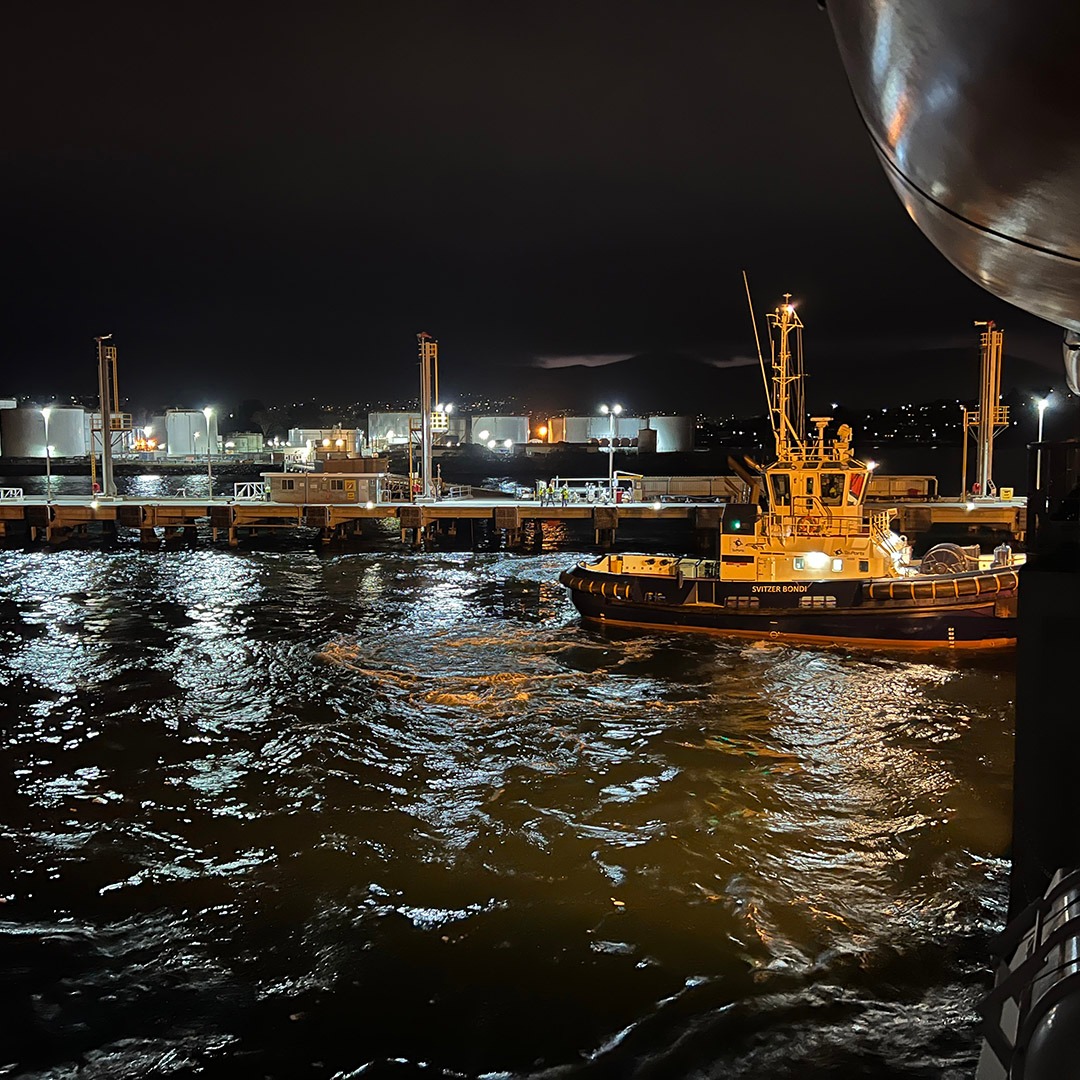 The tugboat Svitzer Bondi pushed us around as we departed the fuel station. Photo by Jenn Magnusson. 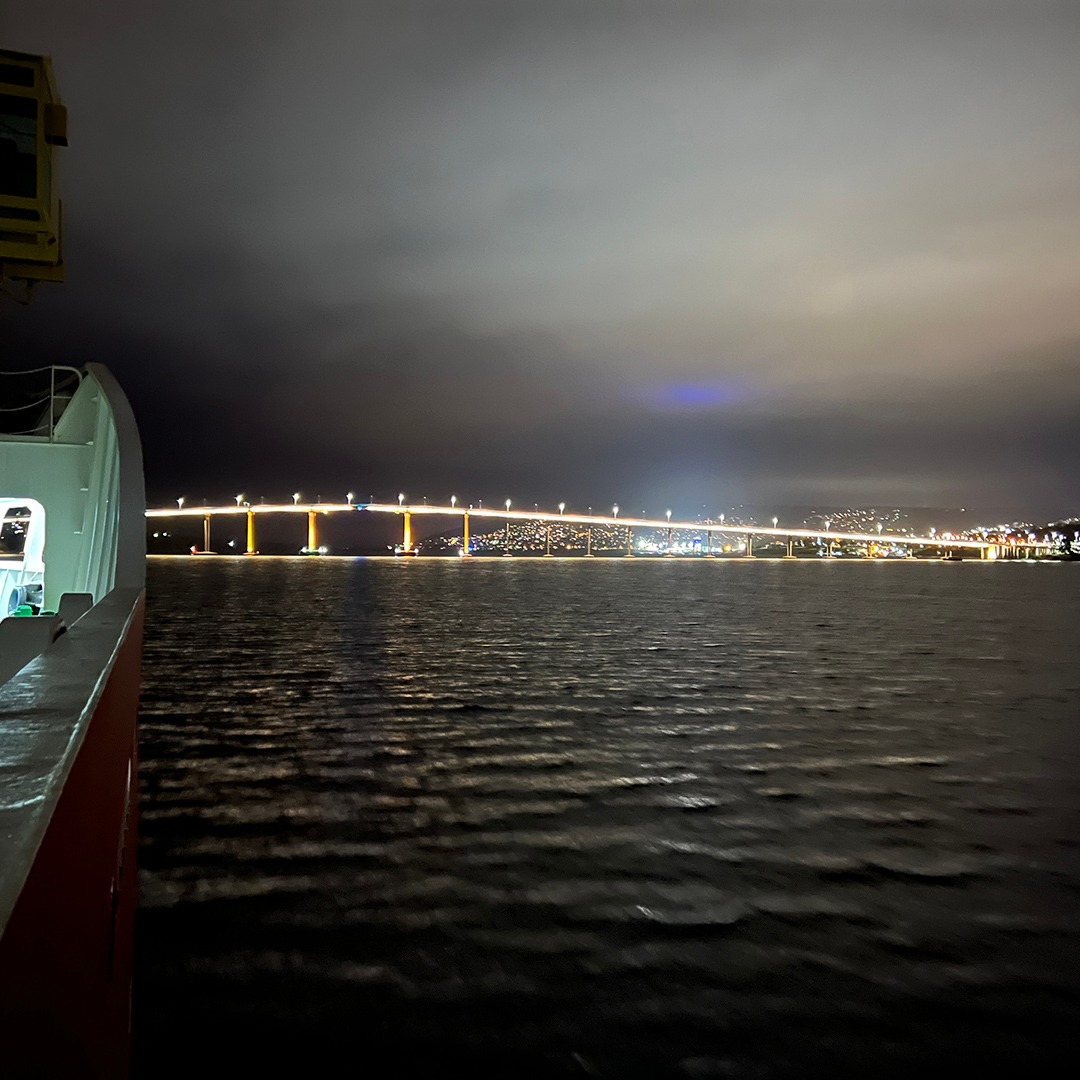 The captain steers for the blue arrow to pass safely under the Tasman Bridge as we depart Hobart. Photo by Jenn Magnusson.

Now that we were finally on our way, the chief scientists were able to meet to determine the best way to adjust the research stations to our new course and schedule. The more westerly course offers a great opportunity for float deployment since there are few floats in this section of the ocean. There are many things to consider when deciding where to deploy a float. The image below (left) shows the original (yellow/orange dots) and proposed (solid yellow dots) deployment locations. The colored dots with black outlines and tracks indicate where SOCCOM floats were released, have traveled, and where they are currently or where they were last seen. The white lines delineate the fronts of the Antarctic Circumpolar Current (ACC) from Orsi 1995, and the monthly average ice map from January 2015 is seen in red. When planning the locations of deployment, care must be taken to avoid the Australian and New Zealand Exclusive Economic Zones (EEZs). Taking all of this into consideration and working to fit in with the research objectives of the cruise so that we can also collect water samples at as many deployment stations as possible, we have come up with a new deployment plan (seen in the map below, right). The first deployment will be done without a station, but the next 4 will coincide with sampling the ship is already planning. So now we’re finally on our way to the first station, which we will reach at 1pm local time on January 12, 2023! 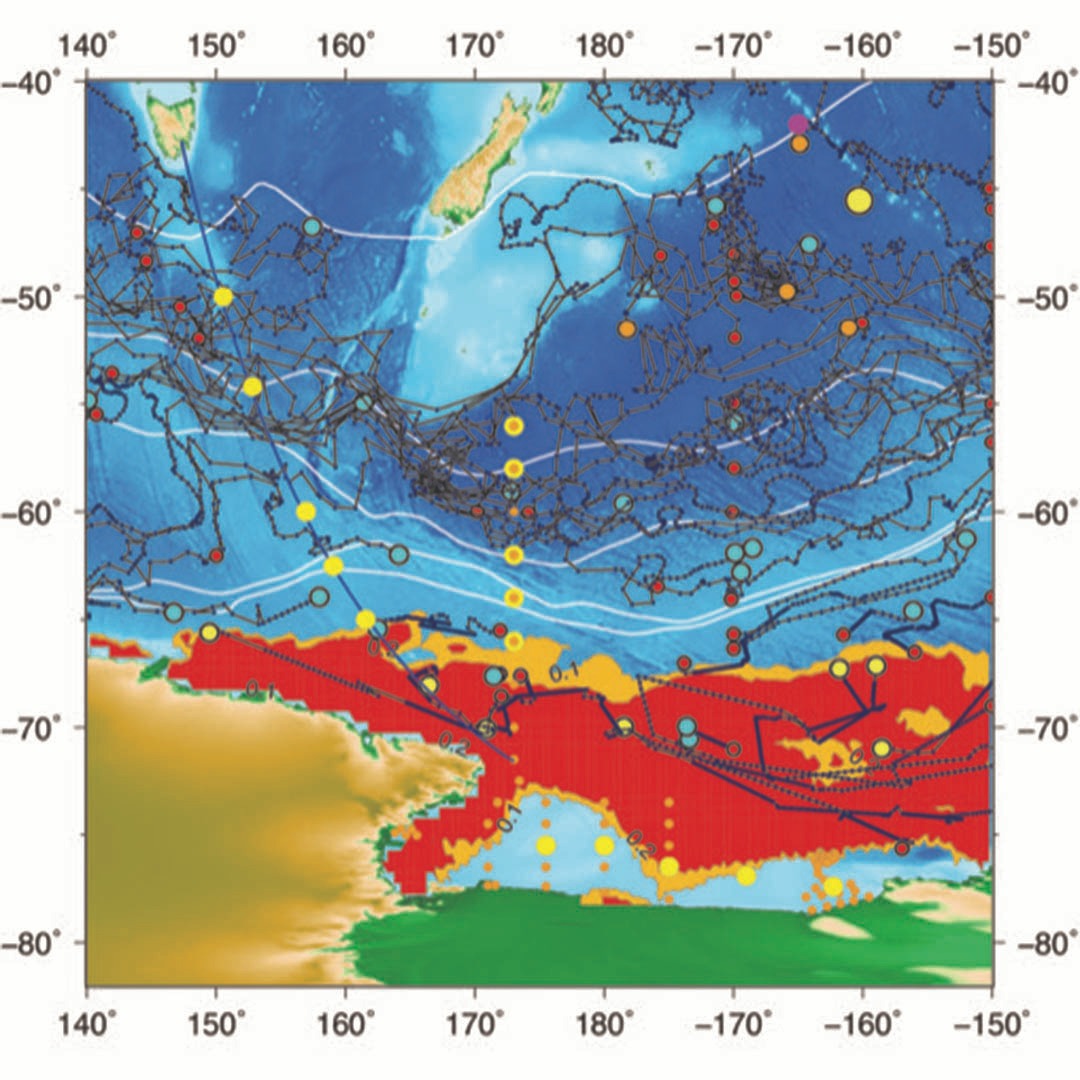 The proposed float deployment locations for the IBRV Araon 2023 transit. 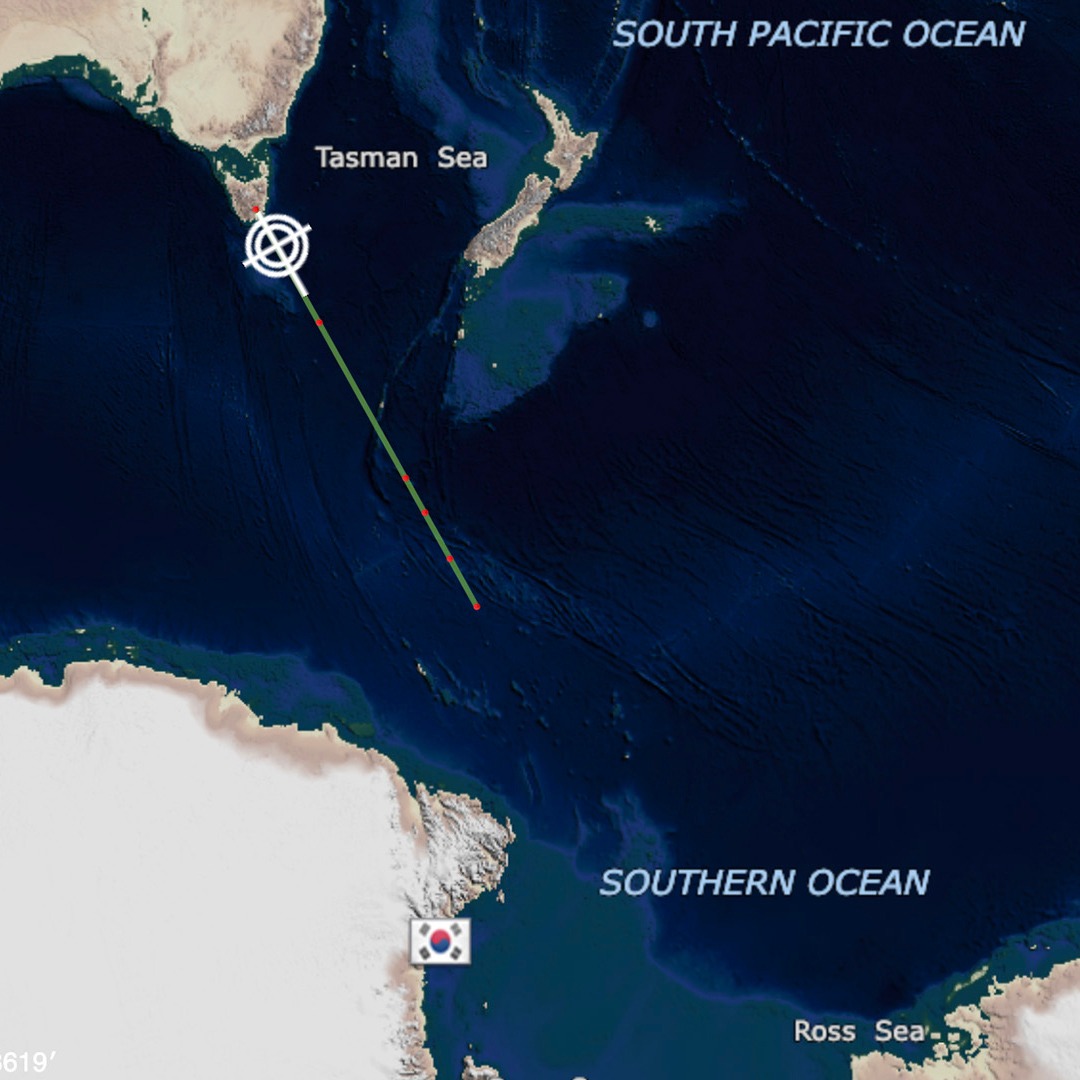 The ship’s map of the first 5 deployment stations.