Our fifth float, Davis Drive Davie Dolphin, has been deployed

This float was adopted by the Science 5 class at Davis Drive Elementary in Cary, NC. Their school mascot is a dolphin, and his name is Davie. They sent in an image of their adorable Davie Dolphin, so I tried to recreate him as best I could for them! 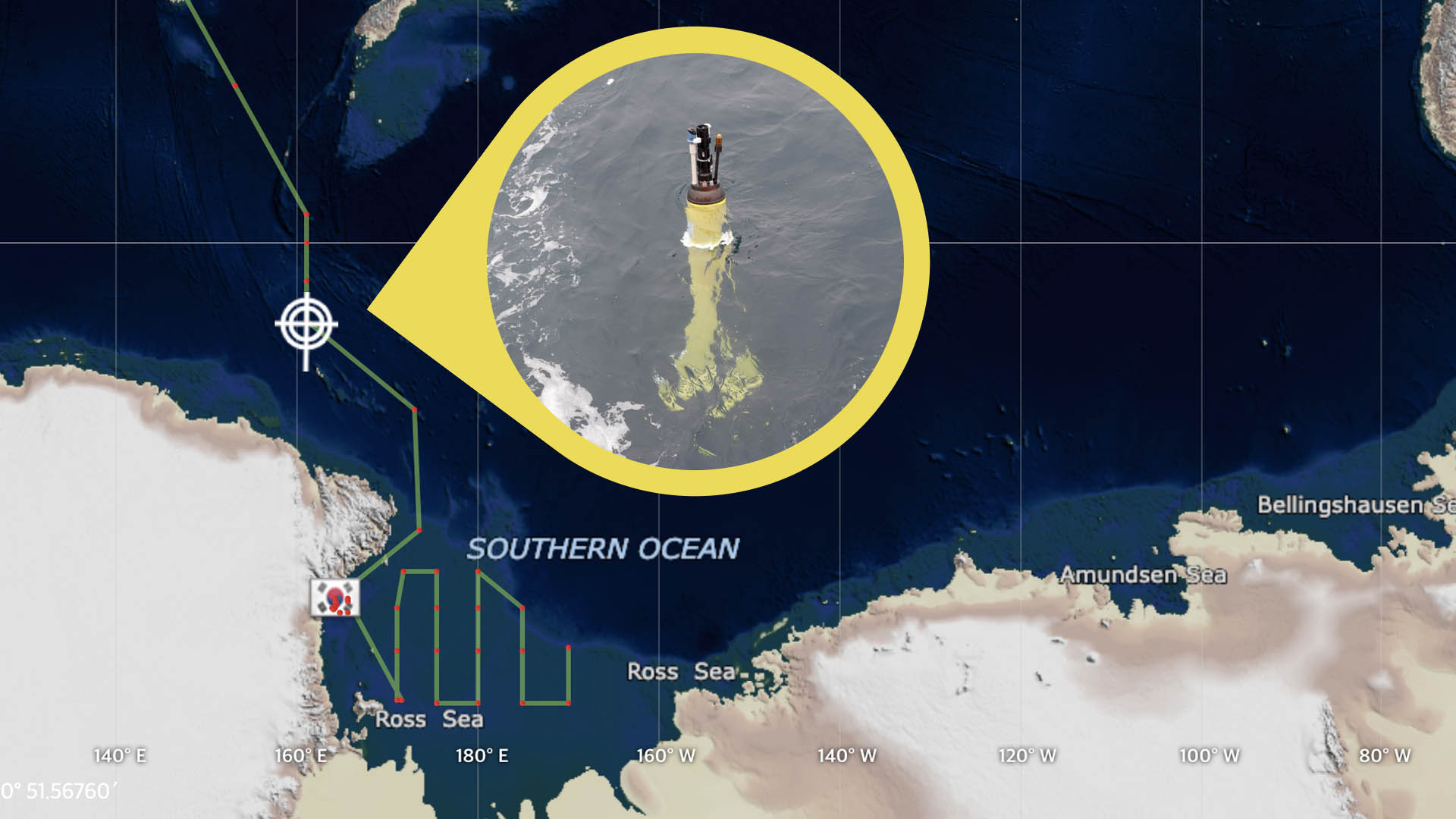 This map shows the location of the float deployment, approximately 600 km off the coast of Antarctica.

This was the 5th float we had deployed, and the 4th in just over 24 hours! The crew has become adept at deploying the floats quickly and carefully at each location. Even though the weather had gotten steadily rougher, we were still to be able to deploy floats, even though we couldn’t do any of the other sampling at each station. 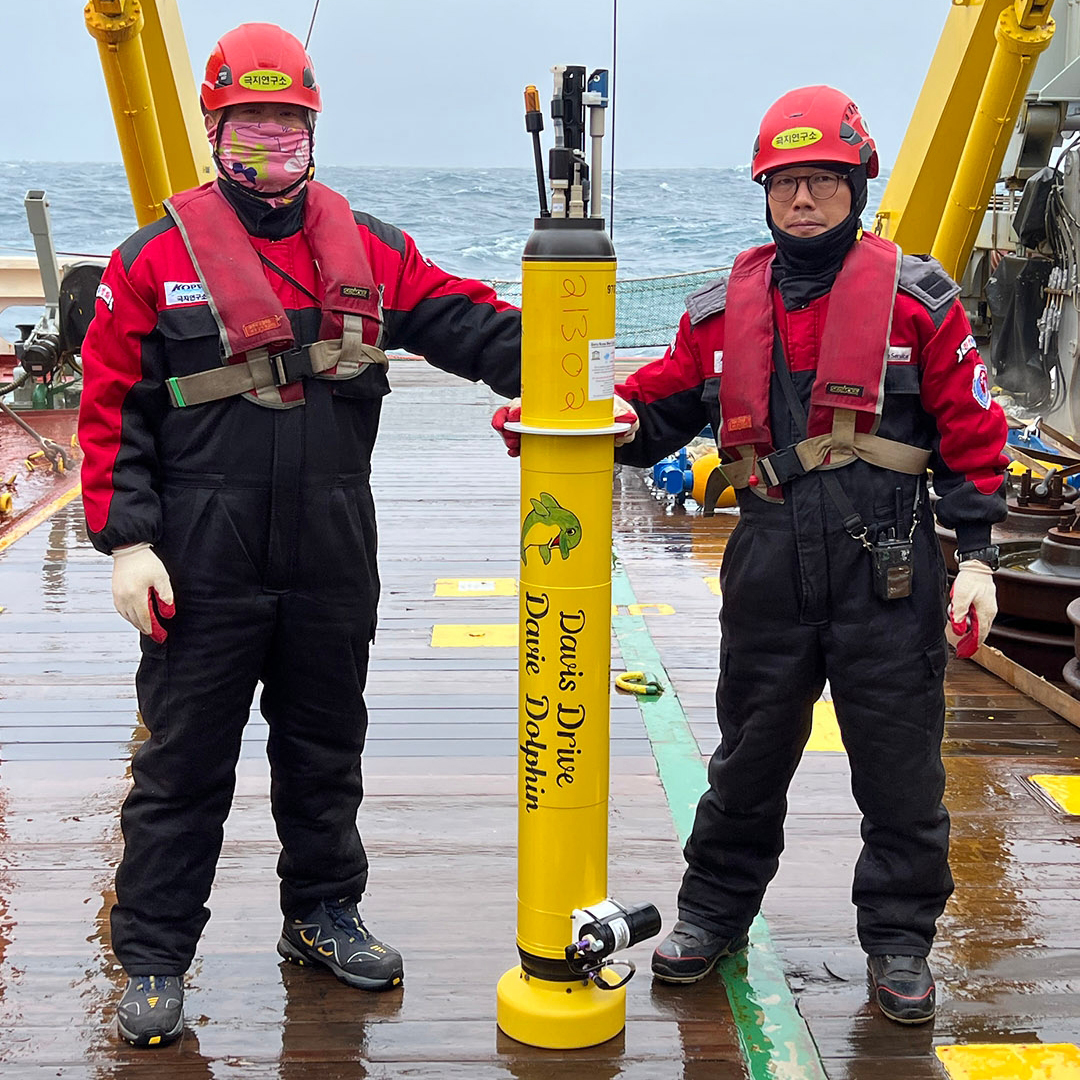 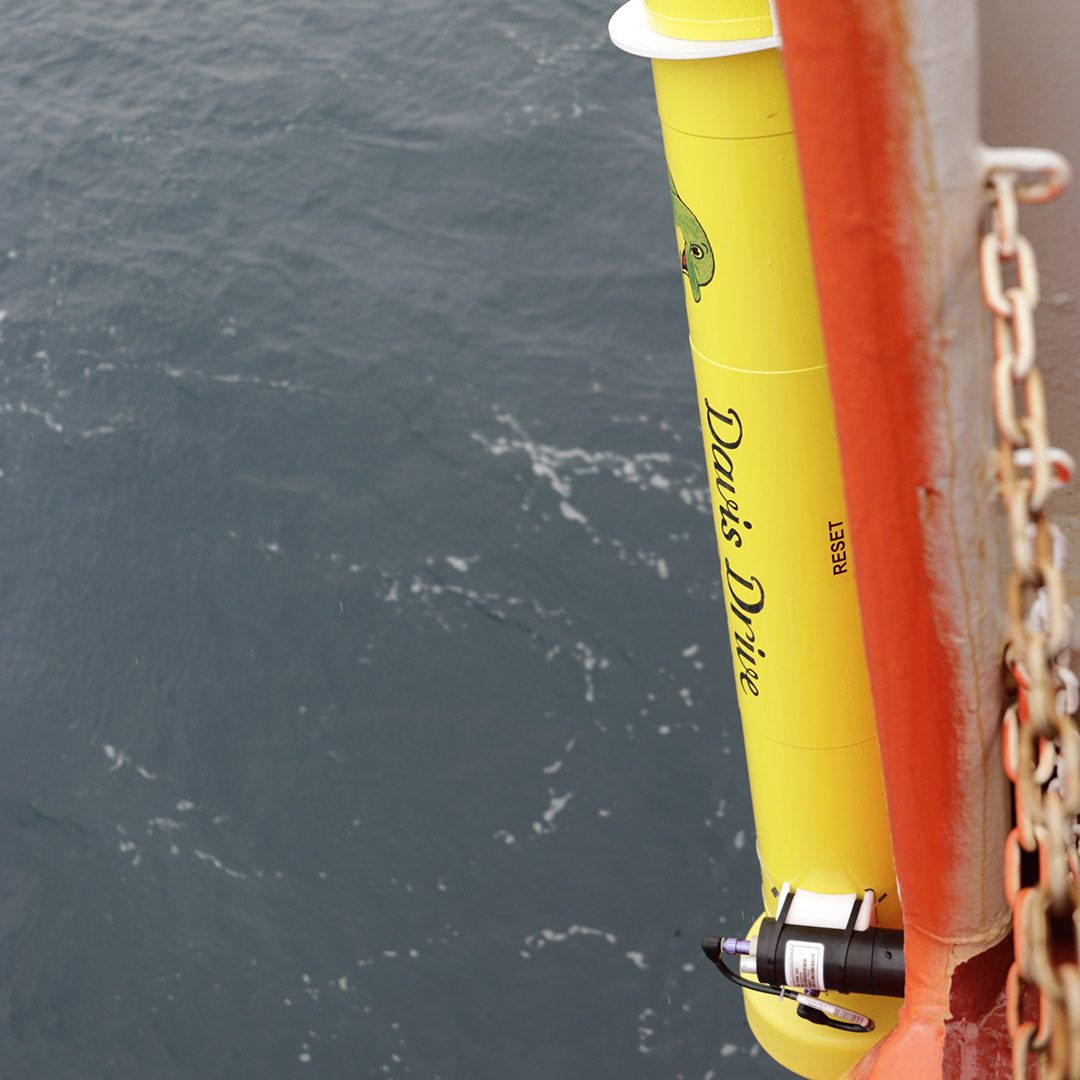 Peeking over the side at Davie Dolphin. Photo by Jenn Magnusson. 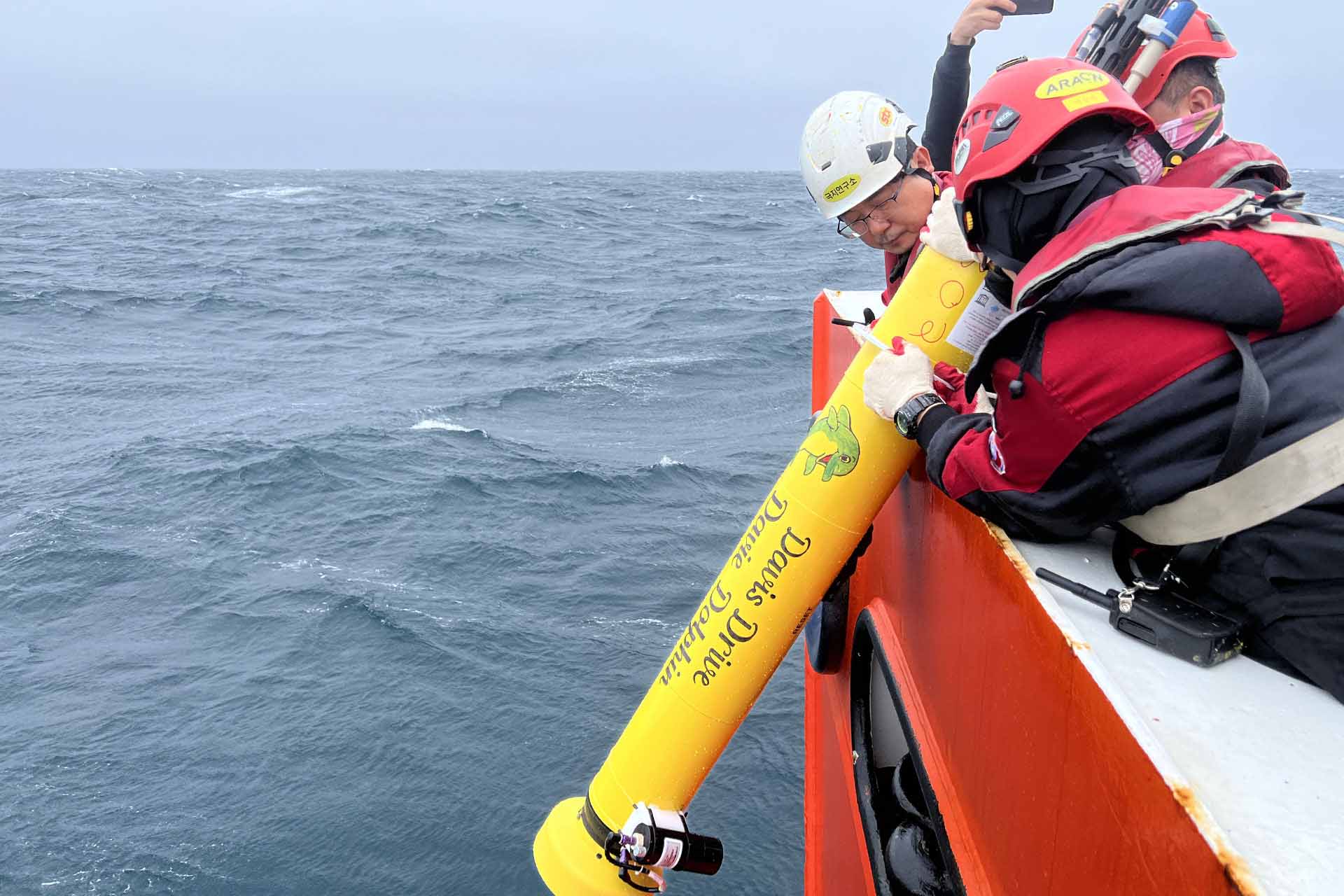 Davie Dolphin is carefully lowered over the side. photo by Jenn Magnusson.

The waves at this last deployment location were around 4-5m high and the boat was rocking and rolling during the deployment. Luckily, the deck where the floats are deployed from is only a few meters above the water line, so the floats don’t have far to travel. During this deployment, a wave spun the float just as the crew was pulling in the deployment line and a small knot was tied in the end of the line, so they couldn’t pull it free of the deployment ring. Luckily, they were able to hoist the float back on board, untie the knot, and then safely and successfully deploy it. As Davie Dolphin finally rode off into the waves, some seabirds were very curious and came to take a look! It was so surprising to see the birds materialize seemingly out of nowhere, since we’re hundreds of kilometers from any land. 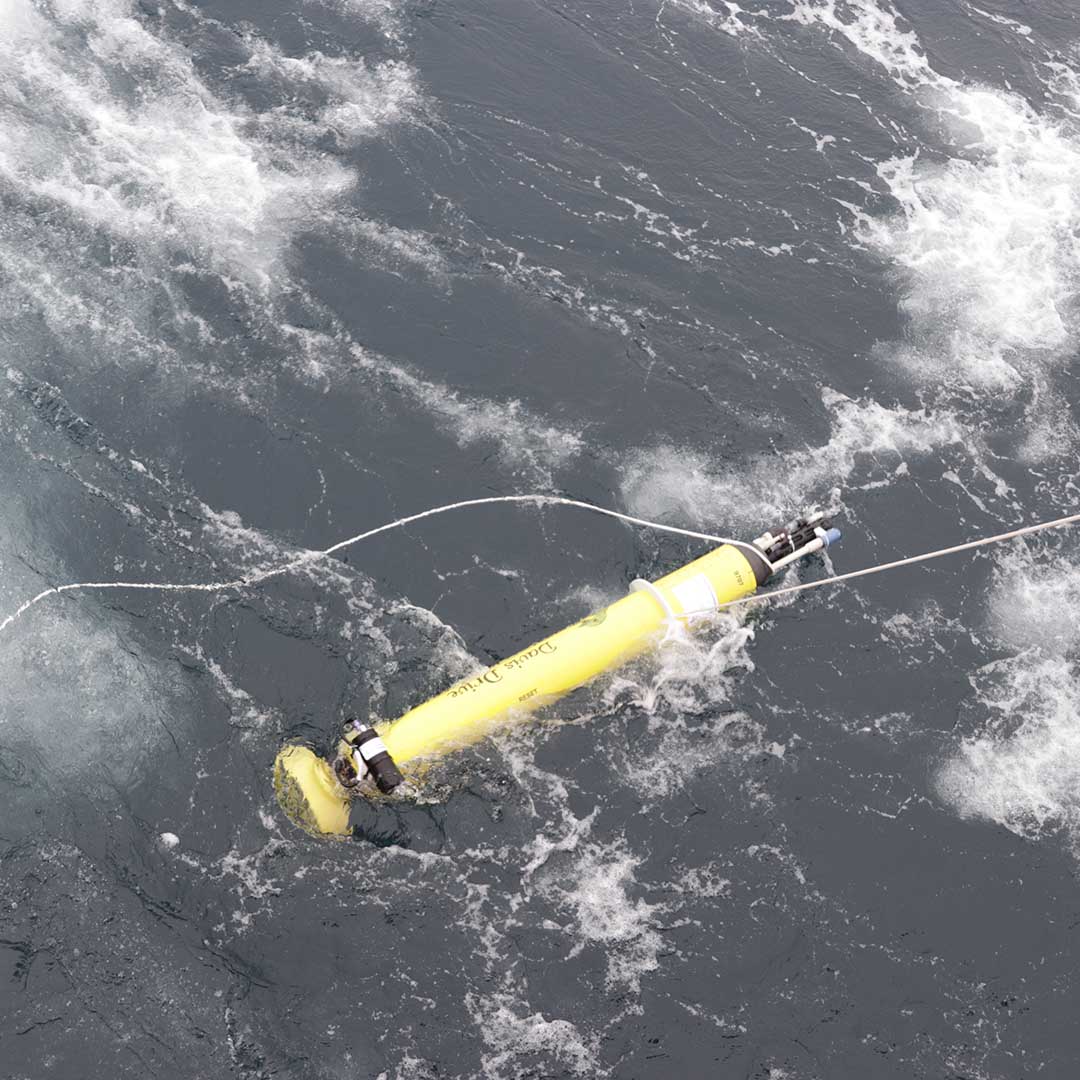 Sometimes the waves make it hard to deploy, but the crew was able to get it done. Photo by Jenn Magnusson. 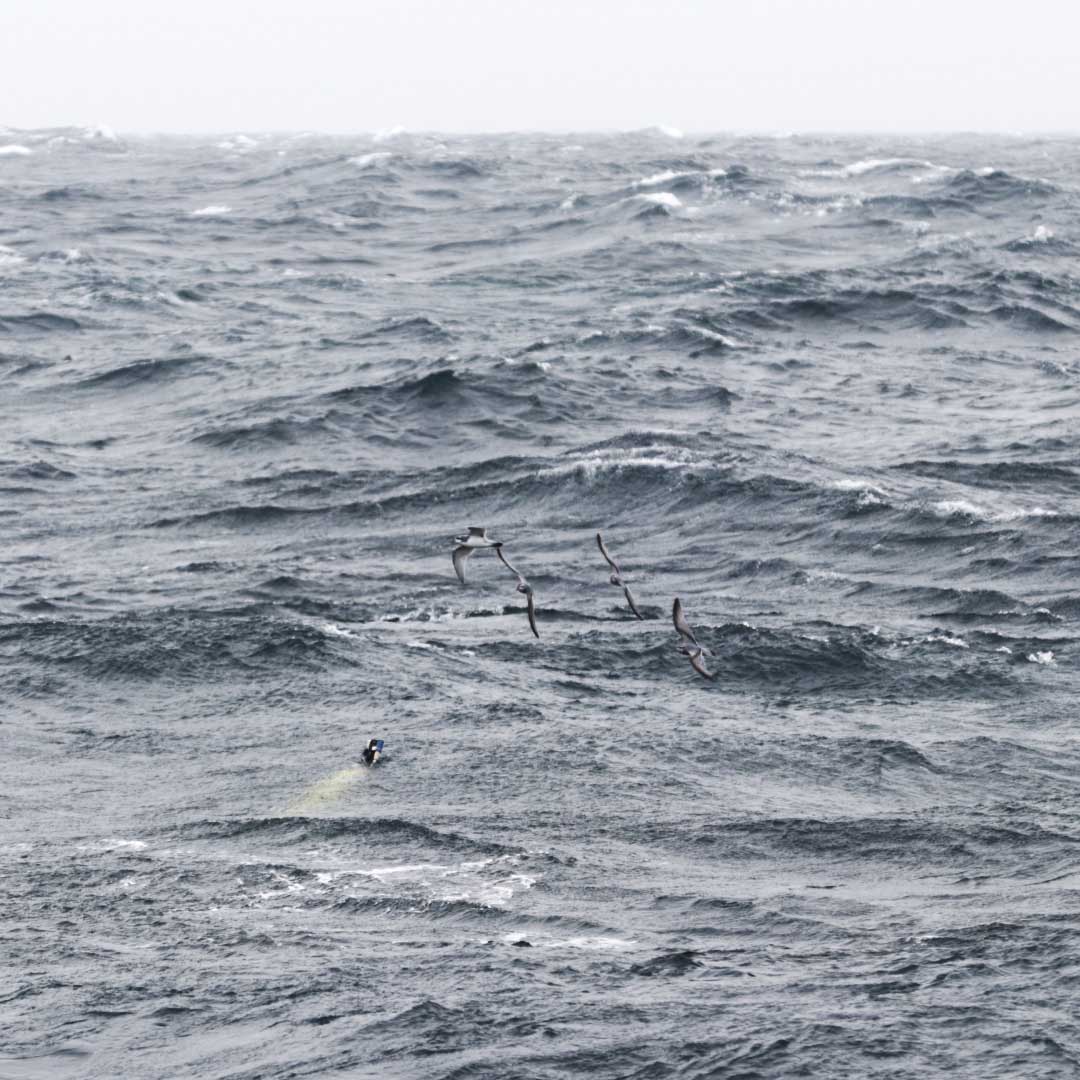 These curious seabirds came to check out Davie Dolphin. Photo by Jenn Magnusson.