So Close, Yet So Far!

We arrived at Jang Bogo Station in the late hours of January 19, local time. I was excited to be so close to the continent and see the station, so I stayed up to check it out. I was treated to a spectacular view of the station and surrounding landscape! The squat blue buildings were nestled into the base of a few small hills, which were draped in snow. The late-night sky was bright blue with wisps of cottony white clouds. Jang Bogo Station is located in a small bay in the Ross Sea and is surrounded by coastal hills, ice shelfs, and icebergs as far as the eye can see. 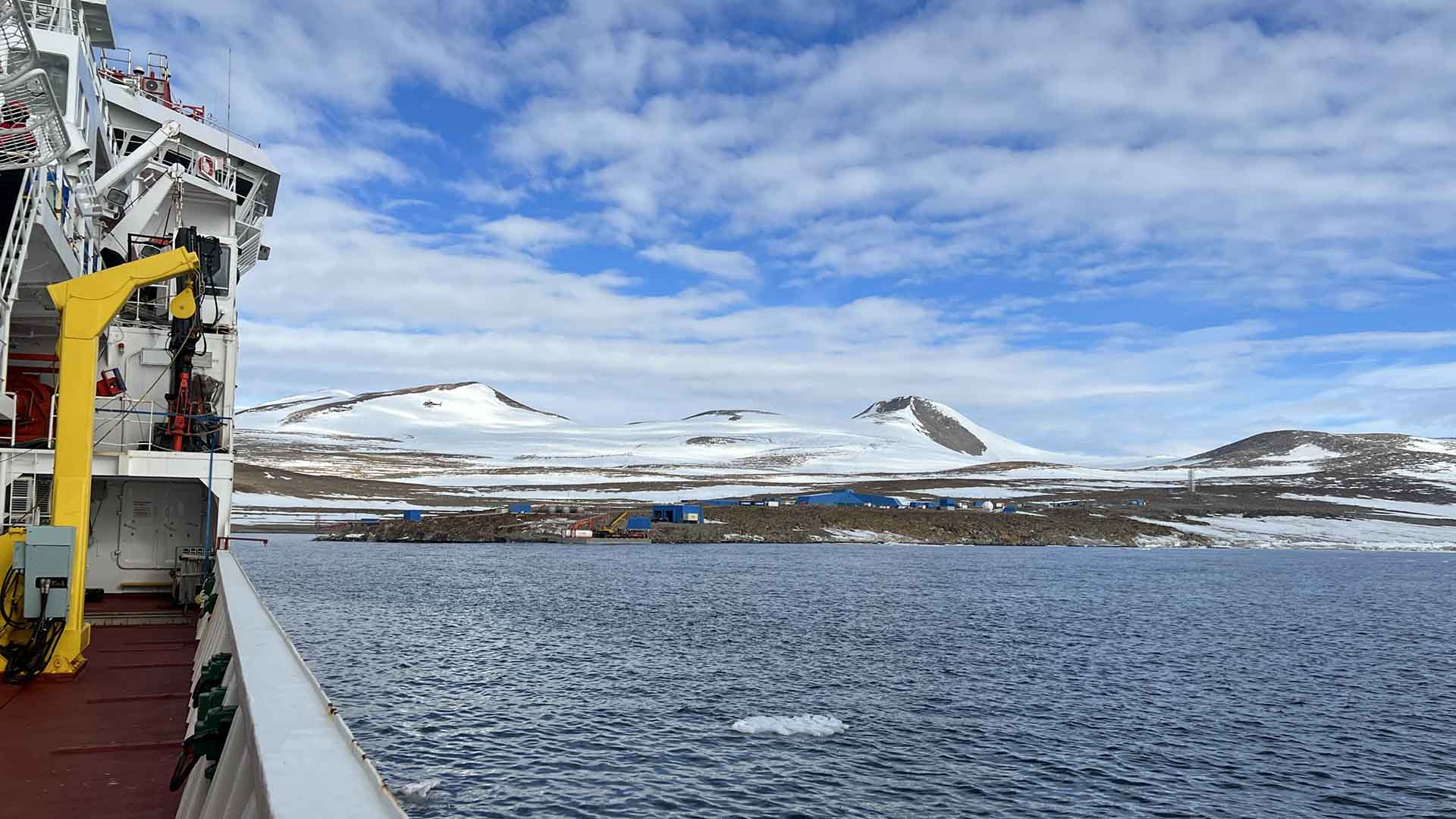 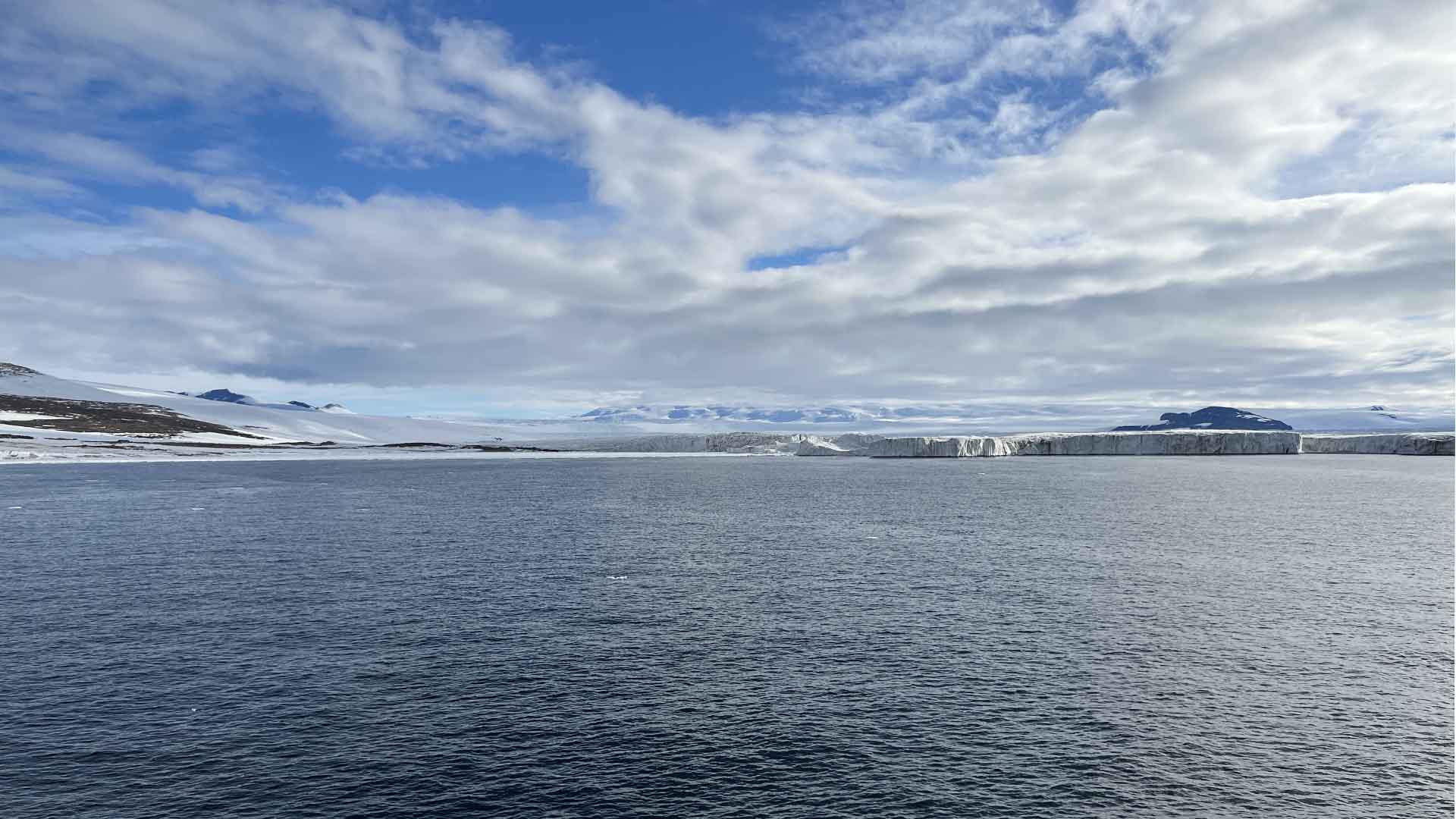 The IBRV Araon serves as a supply ship for Jang Bogo, and as soon as we arrived the crew wasted no time in starting the unloading process. As I was admiring the view, the helicopter took off from Jang Bogo, headed for the ship to pick up the researchers and crew who were getting off at the station (you can see it in the first photo, above). The crew began unloading large cargo containers onto a small barge that they moved around with rigid inflatable boats (RIBs). This process would take much of the next two days in order to provide the station with the supplies it would need for the winter. The galley crew also brought out boxes and boxes of fresh fruits and vegetables, which I was sure would be a welcome sight at the station. We were scheduled to go ashore for a tour of the station in the afternoon of the next day…and we would be taking a helicopter to get there! Not only would this be my first time on the Antarctic Continent, but my first time in a helicopter as well! It was shaping up to be a good day. 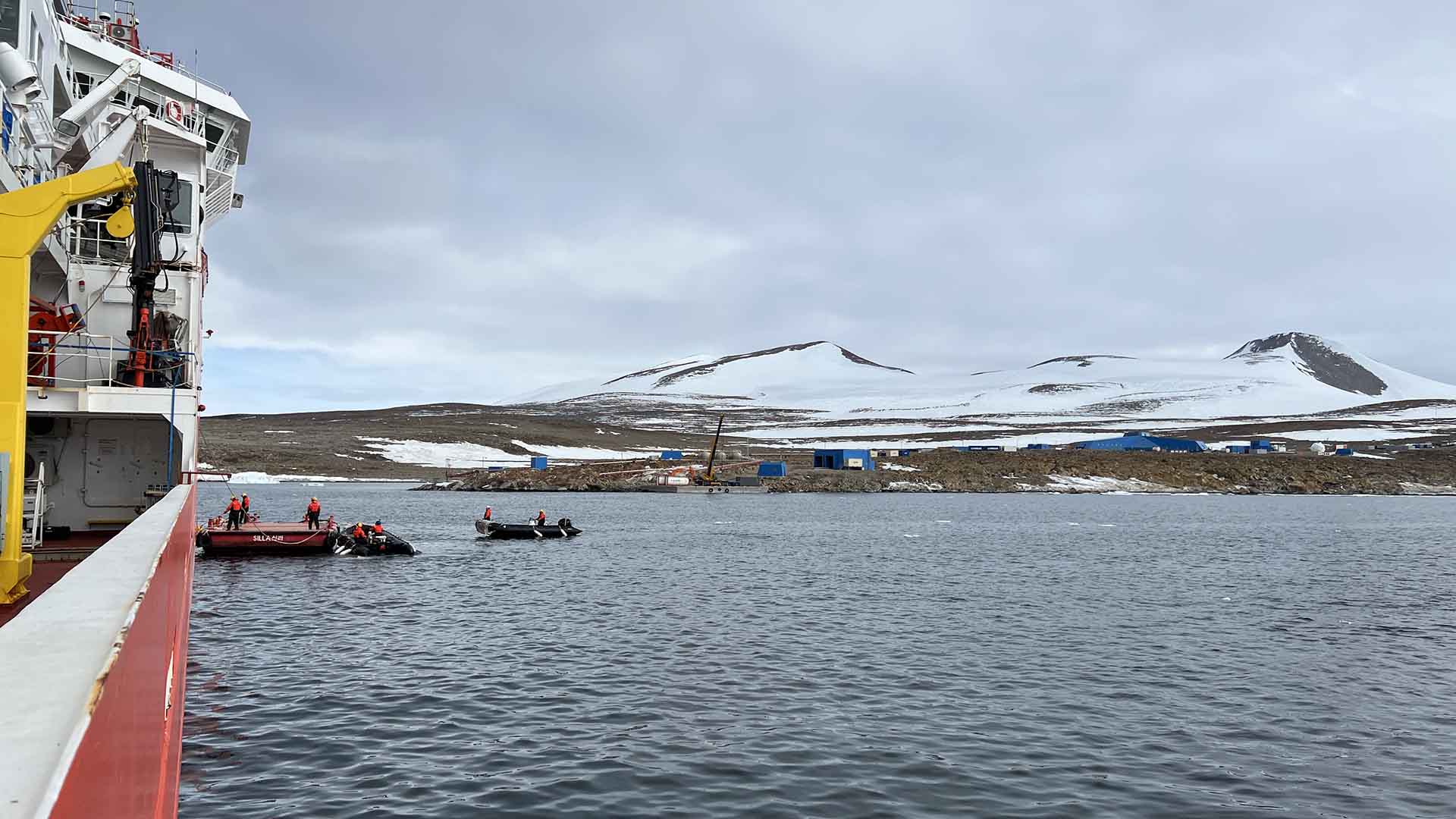 Unloading the cargo from the IBRV Araon using Rigid Inflatable Boats or RIBs and a barge. Photo by Jenn Magnusson.

Unfortunately, a storm blew in and the next day brought wind and snow to our little bay. On the ship’s chat where they post announcements, the following string of emojis told me what I needed to know: 🚁❄️☃️🌪️💨🏳️😭💩😡…our flight to Jang Bogo had been cancelled due to weather. A follow-up message was posted that roughly translates to “[Breaking News] Visiting the Antarctica was broken.” I asked if the tour could be rescheduled and learned that there wasn’t time, since the ship was scheduled to leave the next morning. “Next year,” they said. I even offered to go on one of the RIBs as they were unloading! But sadly, my one chance to visit the Antarctic continent was now buried beneath a few inches of snow. What a difference a day makes. 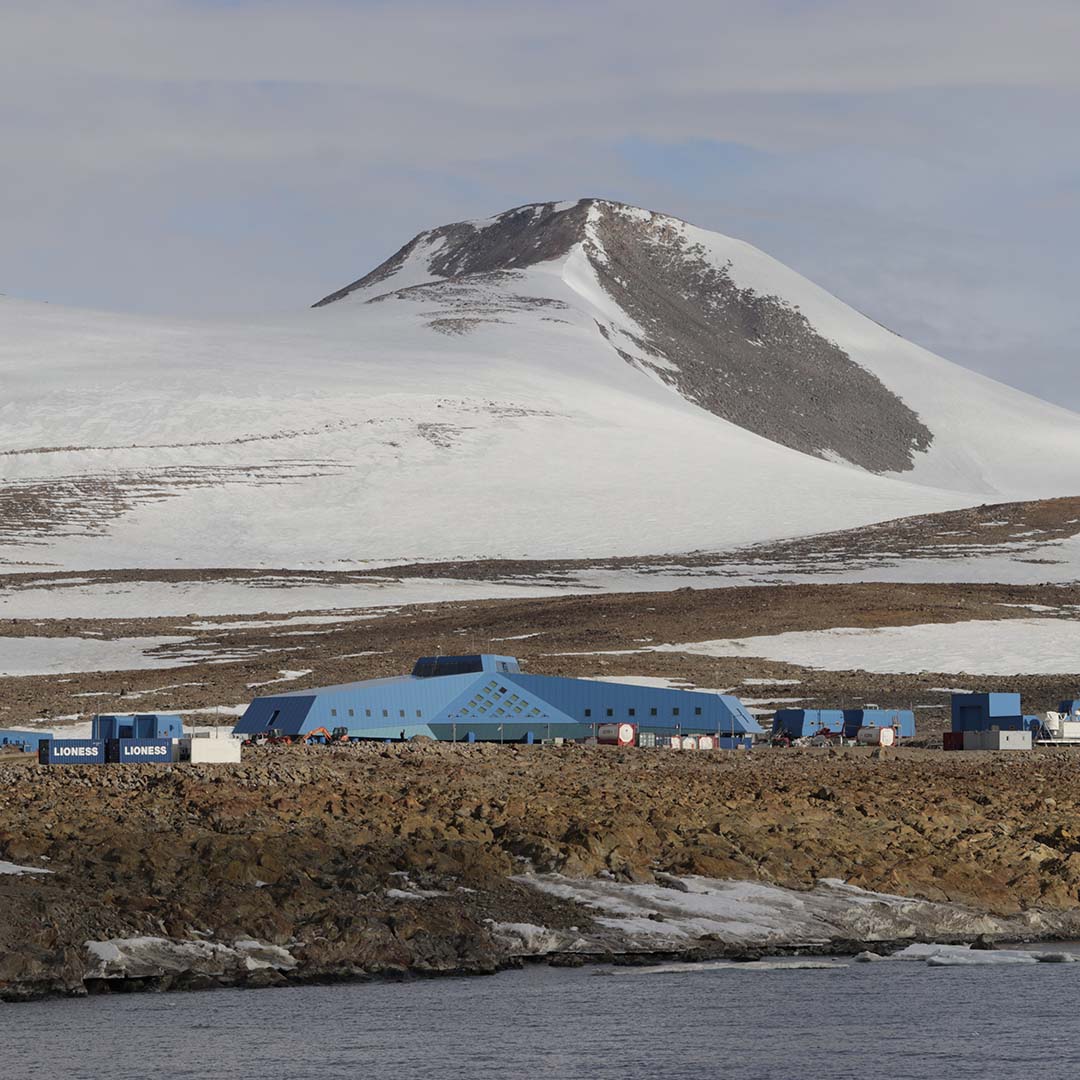 Jang Bogo Station in the sun. Photo by Jenn Magnusson. 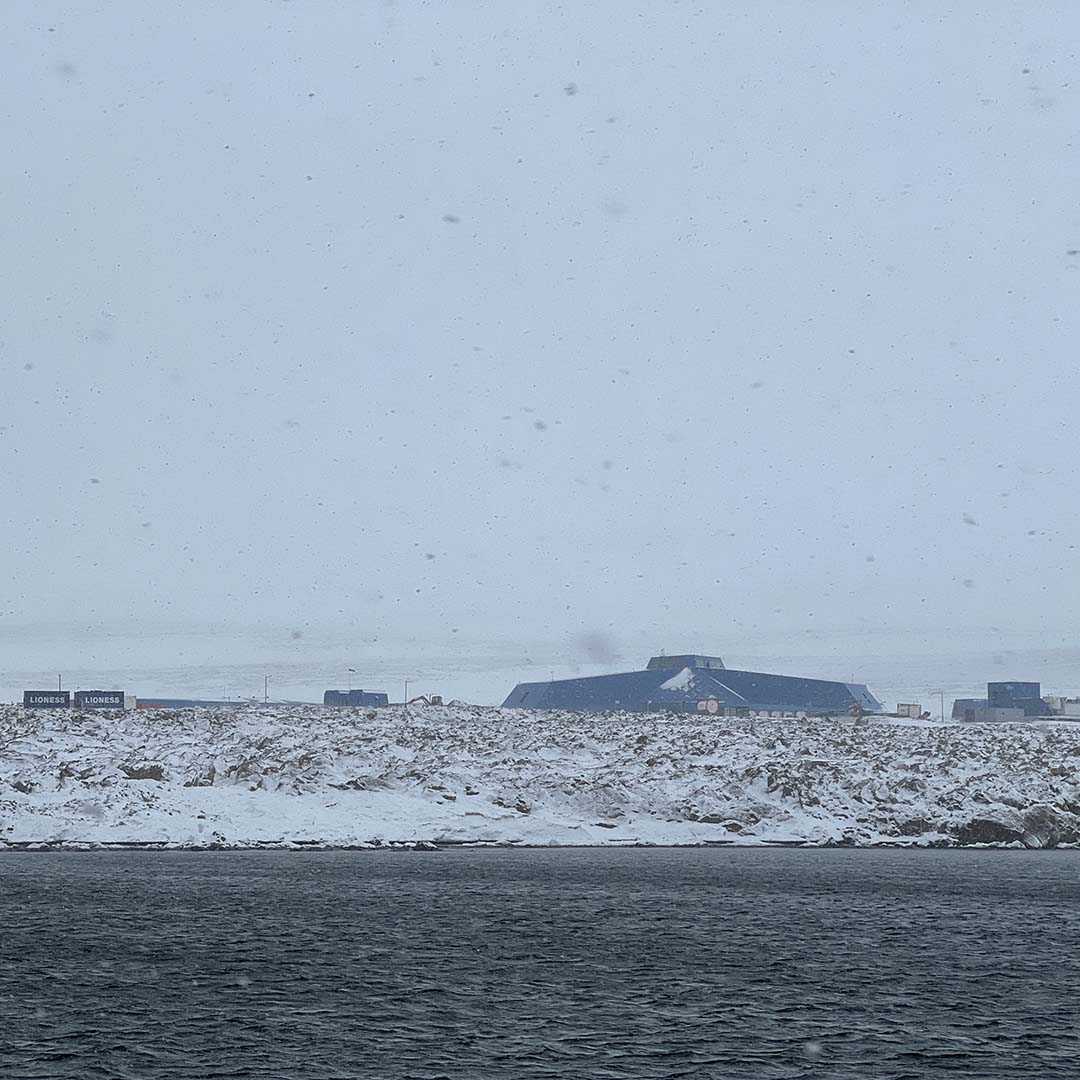 Of course, the weather the day after we left was breathtakingly perfect. We stopped to take samples and measurements at a lovely little bay and there wasn’t a breath of wind or a snowflake to be seen. The scenery was like an Antarctic postcard: “Wish you were here!” 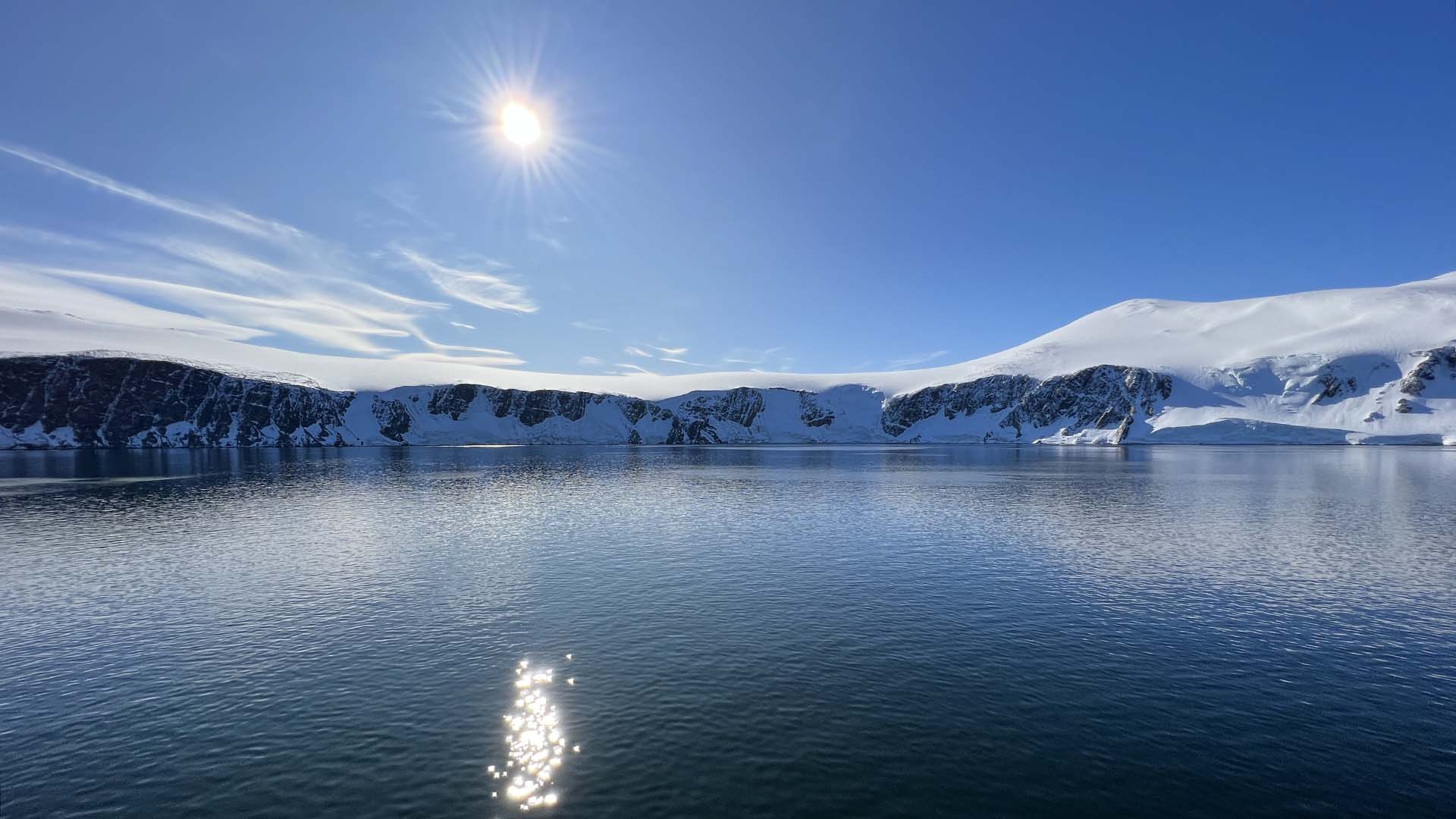 This scene was right out of a travel brochure. Photo by Jenn Magnusson.