Some ‘current’ info on LADCPs

Oceanographic research vessels are chock full of cool instruments. The scientists onboard are interested in analysing water samples, taking pictures of what’s in the water, and even looking at how the water moves. To get a better idea of the currents that exist beneath the waves, researchers use an instrument called a Lowered Acoustic Doppler Current Profiler (LADCP). Working like a bat’s echolocation, the LADCP emits sound waves that bounce (echo) off particles – usually very tiny creatures – in the water. By emitting more than one set of sound waves at once, the LADCP can tell which way the water is moving (in 3D!) in a range typically up to a few hundred metres (a few football fields) away.

Sitting alongside numerous other instruments, LADCPs are attached to a large frame called a rosette, which is lowered (‘cast’) almost to the sea floor and then pulled back up to the ship. This gives a profile of  water characteristics at that location. There are two LADCPs on the rosette; one looking up and one looking down. During a cast, these two LADCPs measure currents in the water above and below the rosette. After the cast, the data from both LADCPs are put together to get a snapshot of the currents from the surface all the way to the bottom (a profile). By getting current data in more than one place (‘spatial’ data) and at more than one time (‘temporal’ data), scientists can get a good picture of how the ocean’s water moves and how these patterns change. This is very important for understanding how sea creatures migrate, understanding why some parts of the water have different temperatures or chemicals, and even understanding the weather! 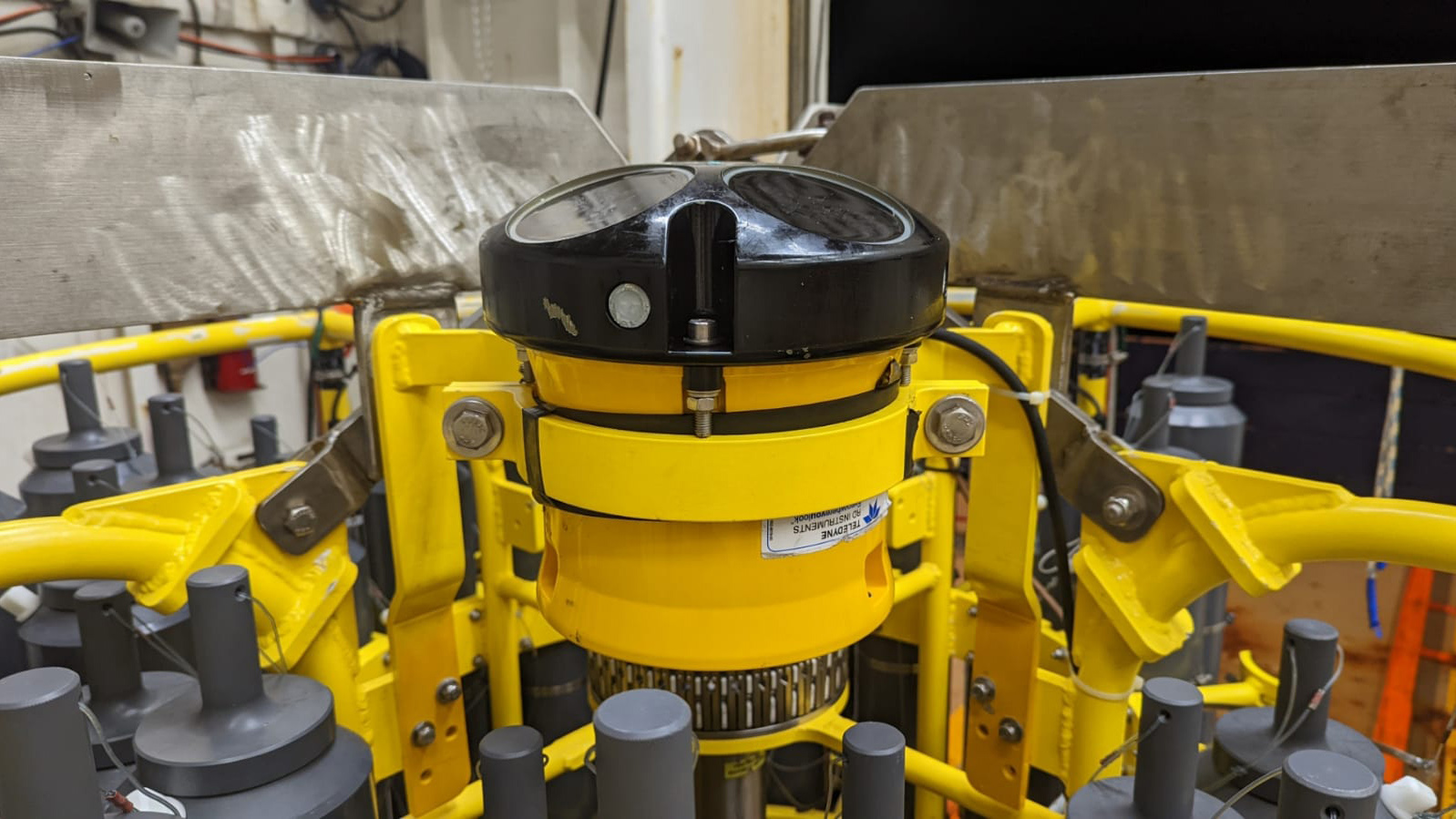 An LADCP mounted to a rosette, looking up, that will record currents in the water above. Photo by Kurtis Anstey. 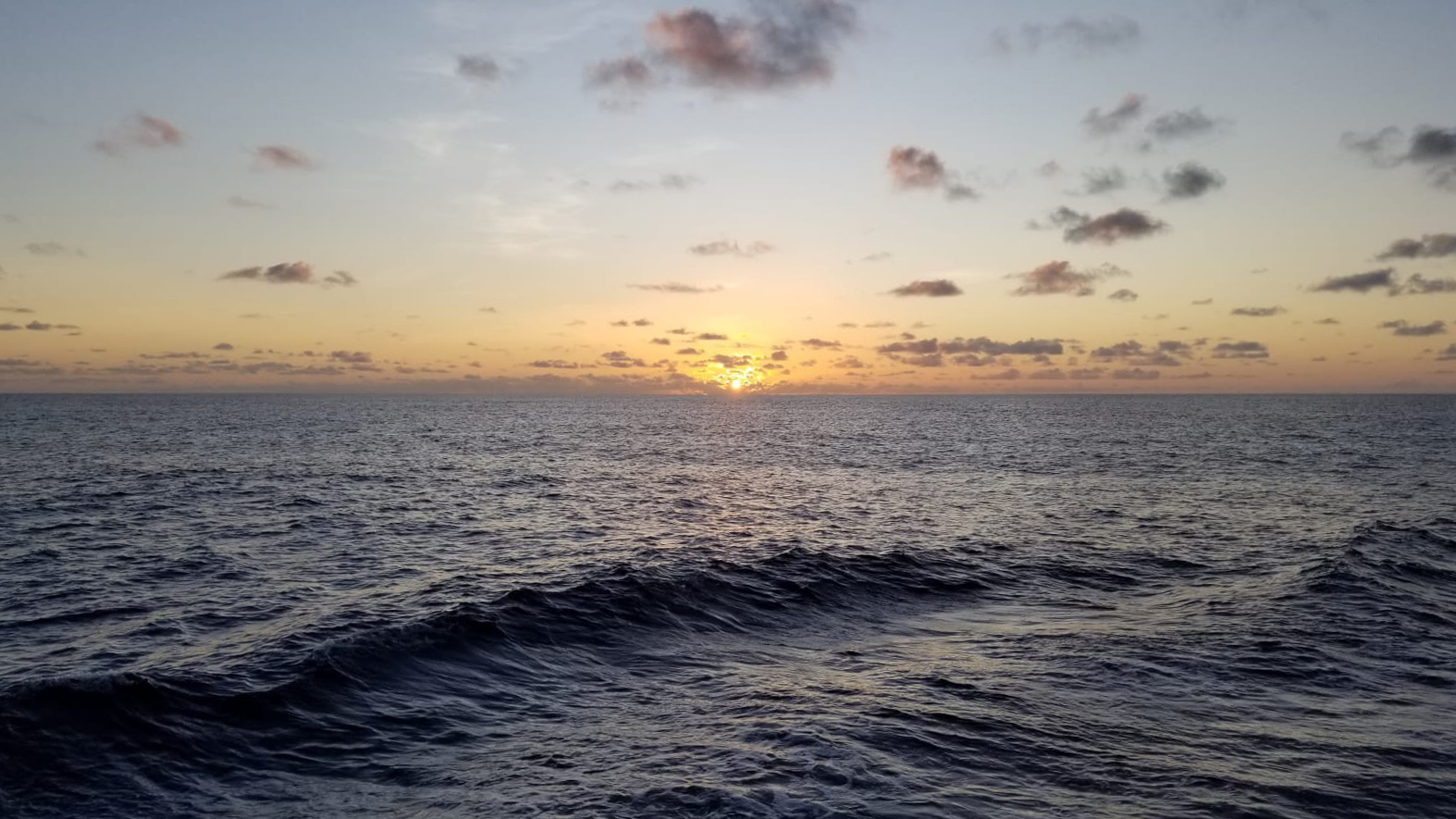 Sunrise at sea with some rolling waves, earning us a “turbulent” journey. Photo by Sidney Wayne.