Hi! Alison Macdonald here. I am Chief Scientist for this expedition along 30°N in the Pacific. As chief sci I have lots of responsibilities, but my favorite task is sample copping. (Image 1) 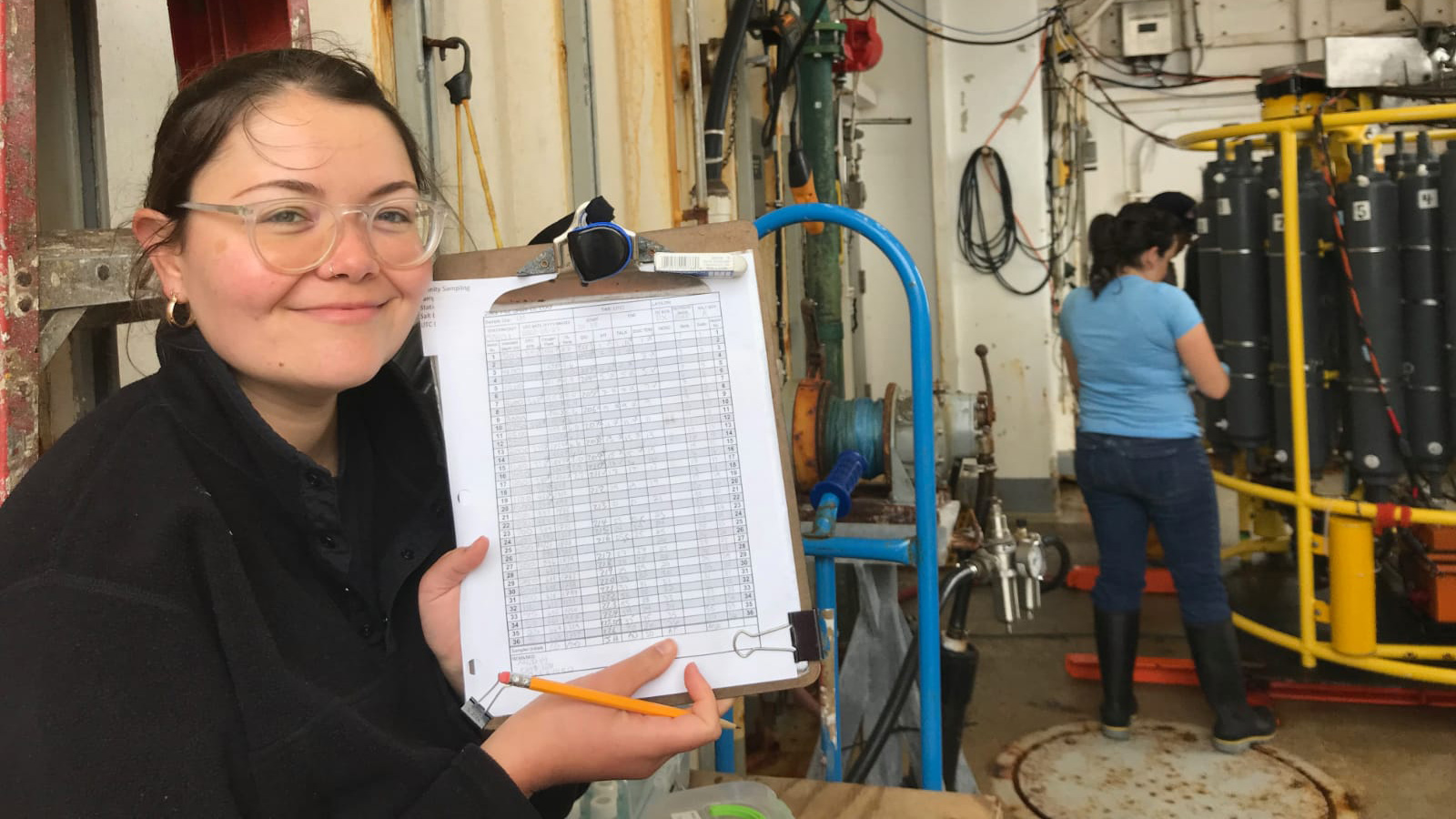 Image 1: Here is our CTD-watch student/sample cop, Lauren with a sample log in hand

Being the sample cop is like being a music conductor, except that rather than telling musicians what beat to keep and when to come in, you tell samplers when they can start sampling and what order they need to do it in. (Image 2)

It begins at the console where our CTD-watch trips bottles on our rosette at specific depths. These depths are transferred in pencil (in case they change) to a sheet called a sample log. Then, for each of the different types of samples, a person comes to our computer room to write down the number of the smaller container they will be using to take water from each of the big 10L Niskin (aka Bullister) bottles on the rosette (see example logs). 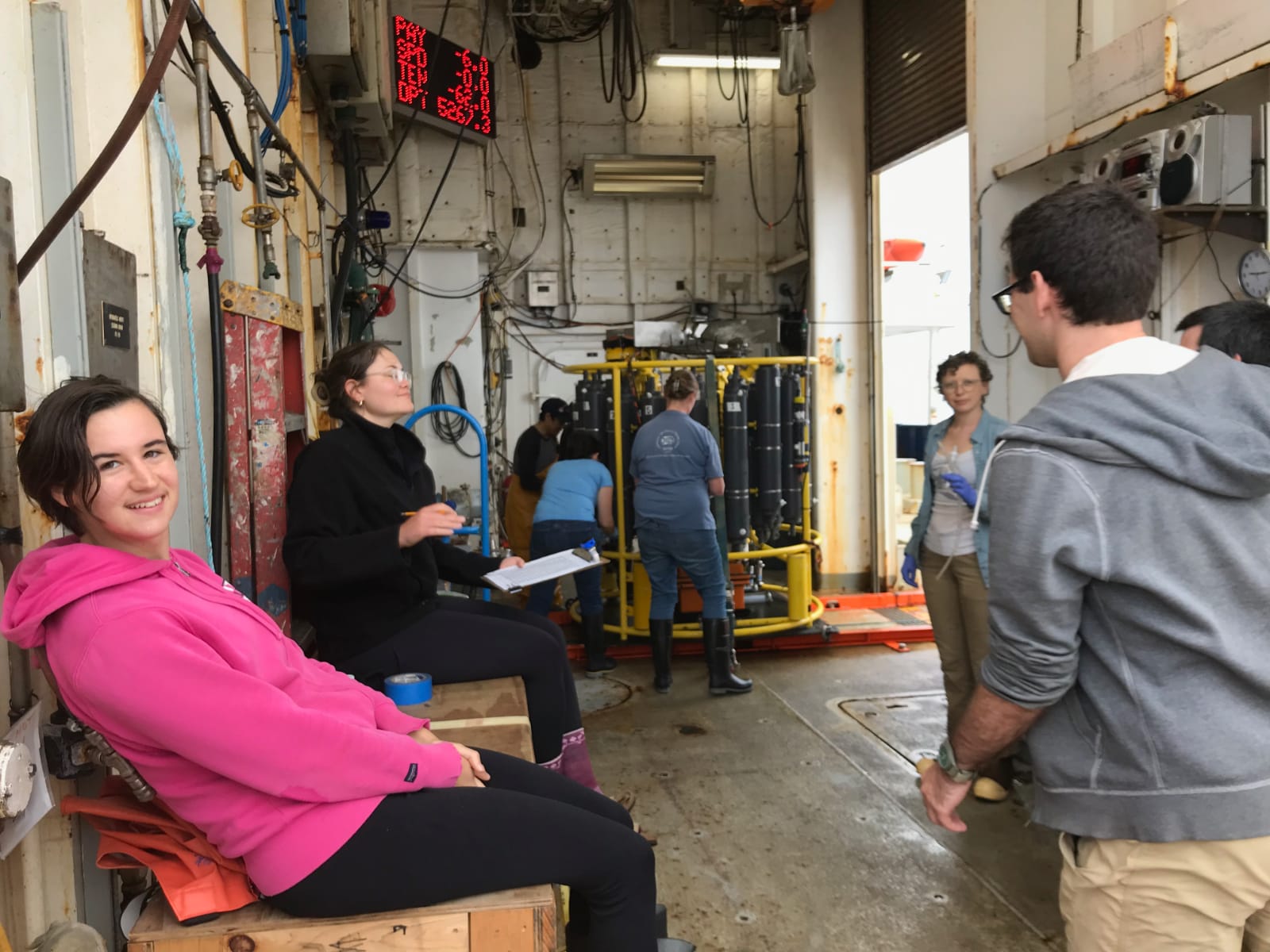 Image 2: We have lots of groups measuring lots of different water properties on this cruise. The sample cop communicates with all of them 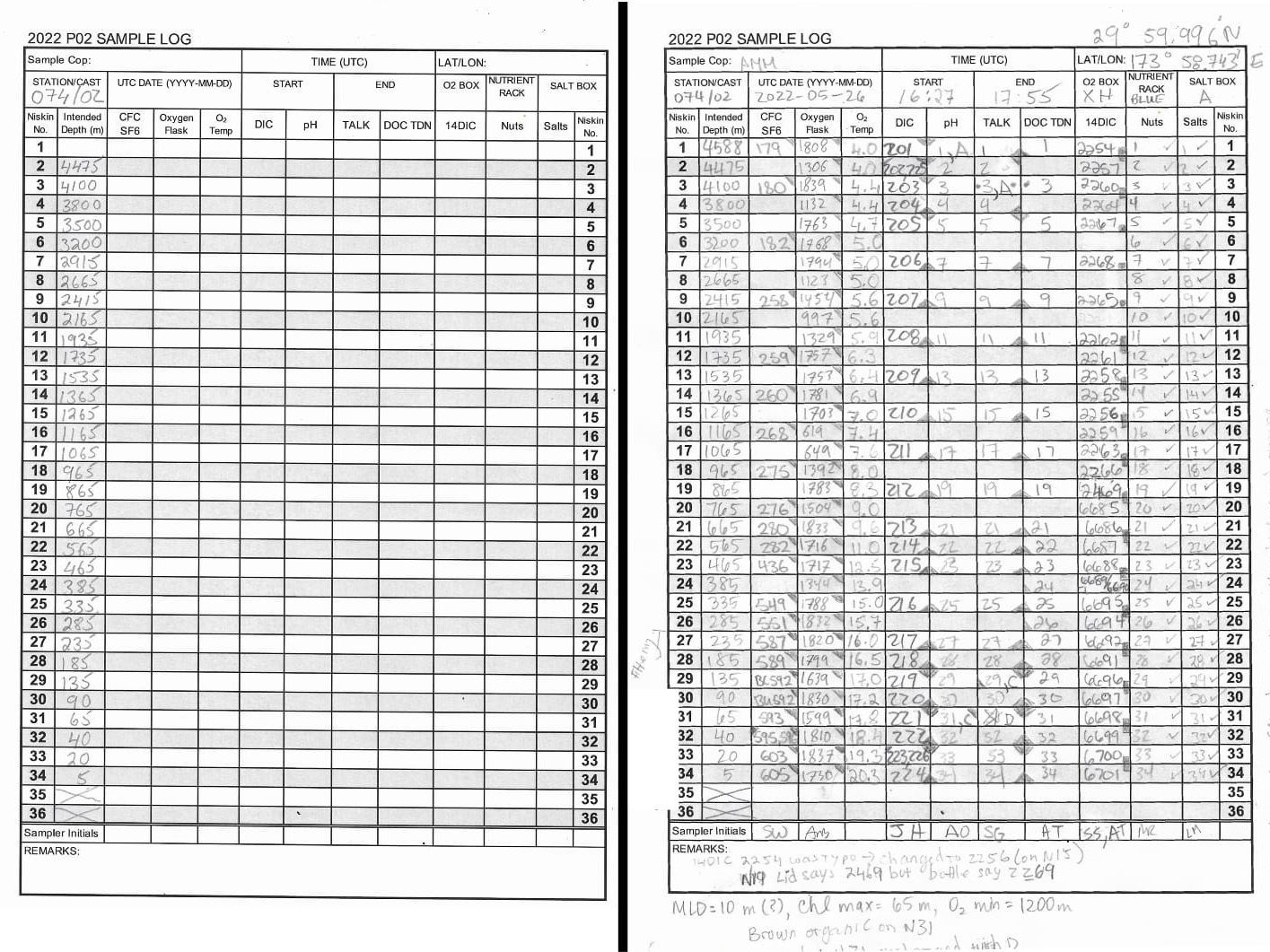 Now for the fun part. The rosette comes up on deck and sample cop (starting with the measurement of the gasses which can be contaminated by the sampling process itself) begins.

“CFCs you’re up”, says the sample cop. “1 7 9 on 1”, responds the person taking water to measure CFCs (ChloroFluoroCarbons – used to be used in refrigerators and spray cans). On my shift this is often Sidney. I check the log and seeing her number is correct, I reply with “CFCs 1  7 9 on 1”. Sidney opens Niskin 1 to take a sample with her syringe numbered 179, while I make a mark on the log (in the image, this is a little line in the upper right corner of the CFC-SF6 column. When Sidney is finished, she says “CFCs done on 1.” I make a second mark on the log (in the image shown I have filled in a little dark triangle in the upper right corner).