A little bit more about CFCs written by David Cooper, our lead analyst
;

As promised, here’s a little bit more about CFCs written by David Cooper, our lead analyst! We’re going to get a little science heavy this time since this is the group that I am a part of.

Most of the scientific focus of GO-SHIP is on direct measurements of ocean properties and chemistry. However, oceanographers can also use indirect tracer methods to yield further useful information. Most long-term measurement programs have incorporated some form of chemical tracers, such as radioactive isotopes or inert chemical compounds. By knowing the source of a tracer and measuring the pattern and how it changes over time, one can learn about the history of the water – where it came from and how it is spreading within the ocean.

During GO-SHIP P02, we are measuring chlorofluorocarbon compounds (CFCs or freons) and related chemical compounds for this purpose. We are looking at CFC-11 (CCl3F) and CFC-12 (CCl2F2), which were used predominantly as refrigerants, and Sulfur hexafluoride (SF6), which is a gas with various industrial uses.

These trace chemicals have a unique history of concentrations in the atmosphere. Restrictions on CFC production and release in the 1980’s halted CFC-11 and CFC-12 growth, while sulfur hexafluoride (SF6) has continued to increase to the present. These gases dissolve in the surface ocean, so measurements of their concentrations and ratios in the water can be used to provide useful information about processes. This includes rates and pathways of ocean circulation and mixing, water mass formation rates (and changes in these rates), estimating rates of key biogeochemical processes and improving estimates of the rates of uptake and storage of anthropogenic (man-made) carbon dioxide in the ocean.

These specific compounds are most suitable for use as tracers because they have a well characterized input history, and they are biologically and physically inert in seawater. We are lucky to have an incredibly sensitive method for their measurement, using gas chromatography with electron capture detectors. 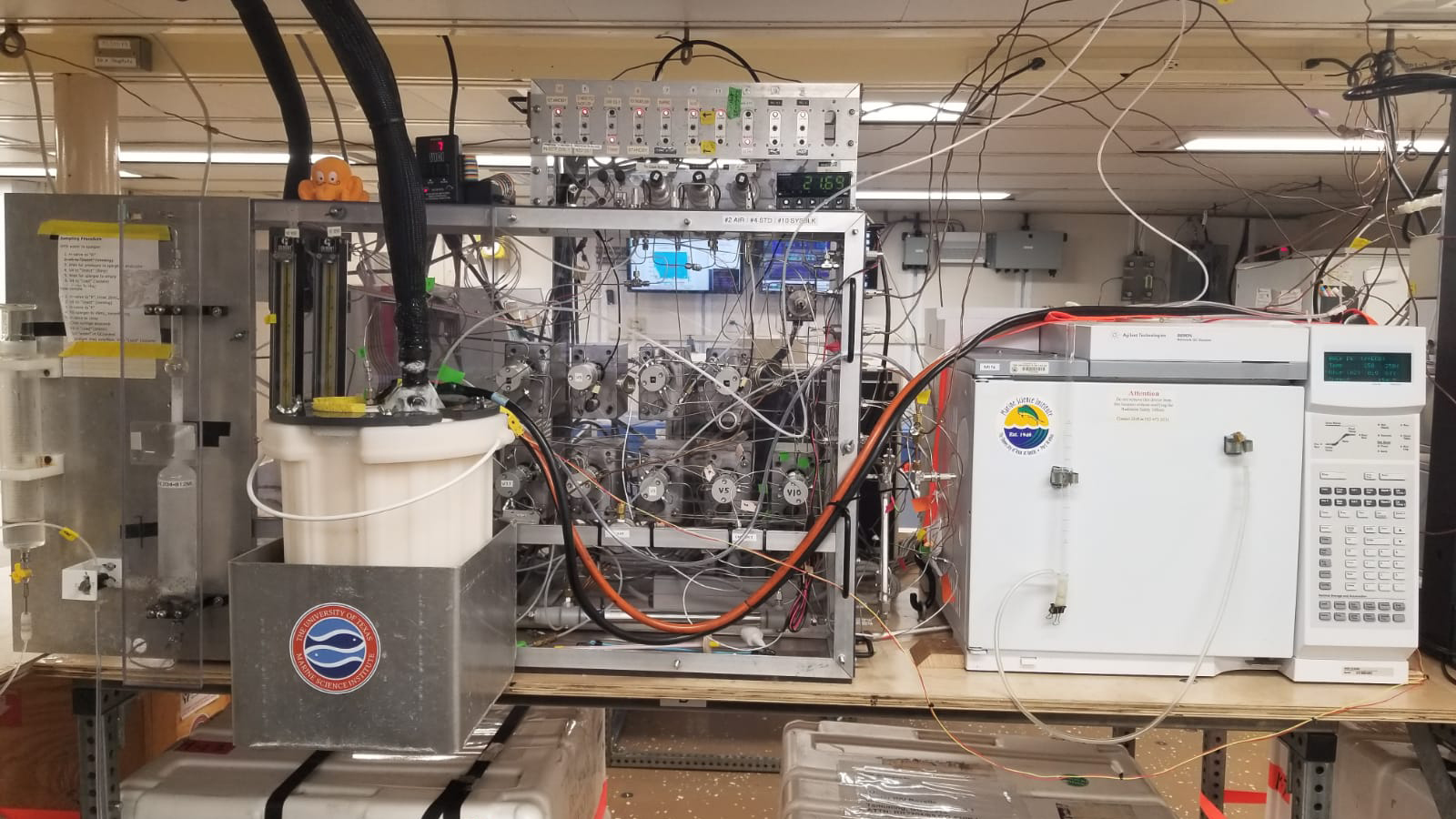 Image 1: The GC/ECD and sampling handling system used on board is shown with our sampling octopus friend! Photo by Sidney Wayne. 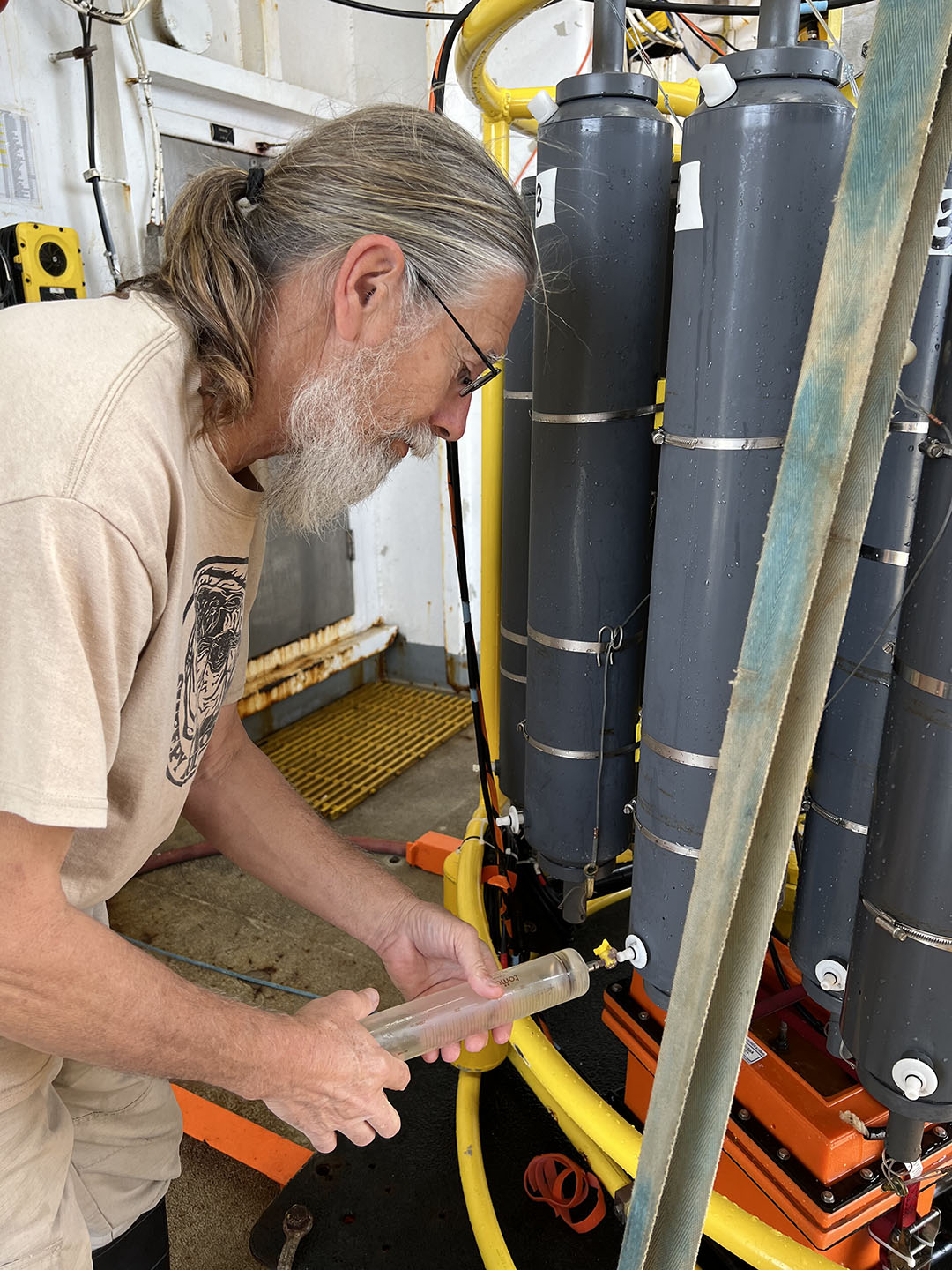 Image 2: Collecting CFC samples from the CTD rosette is unique, making use of large glass syringes to prevent contamination from the atmosphere, shown here with David Cooper. Photo by Andrew Barna.